THE ROYAL VILLAS AT LA PANNE

The property was given from the French Emporer Napoleon III to General Dubois.

Pierre-Louis-Antoine Bortier "Le Magnifique" (1770-Londen 1830), later bought the 650 ha dunes and villa for 12.000 gulden. He later went to London for his textile business and died there. His nephew Pierre-Louis-Antoine Bortier (1805-1879) was his heir and after his death in 1879, his sister Emilie-Sophie Bortier (1802-1891), inherited the villa. Emilie-Sophie Bortier, was married with Joseph-Nicolas-Gérard Calmeyn (1780-1838), "conseiller à la cour impériale à Bruxelles". From there the villa came to there son, Pierre-Louis Calmeyn who was married with Flore Rey. For some time, Madame du Vigneaud took up residence for a couple of yaers with er two daughters. One of them was Miss Hennessy.

This villa was build around 1910, by baron Louis Mulle de ter Schueren (1887-1957), who also was owner of the villa de Terschueren. In 1911, fled sisters from the Dominikanessen from Portugal occupied the villa and started on Queen Elisabeth's request a school for orphans and refugees at the beginning of World War one. The princes' Leopold and Charles, together with Princes Marie-José were also educated here Dutch, during there stay in La Panne, from the teacher  Camiel Noterdaeme (1884-1963).

Camiel Noterdaeme, was a teacher in the St. Aloysiuscollege and was asked one afternoon to come to Mayor M. D'arripe. Here he was introduced to H. Ingenbleek, the private secretary of King Albert and was asked to teach Queen Elisabeth the Dutch language. The queen learned even the West-Flemish dialect to communicate beter with the wounded soldiers. In 1939, Mr. Noterdaeme was aked that his daughter, Godelieve, would like to take service at the Royal Household. She accepted the duty and became the private chambergirl of prinses Joséphine Charlotte.

After the war, the sisters took up residence in the villa 'St Vincent' at La Panne. 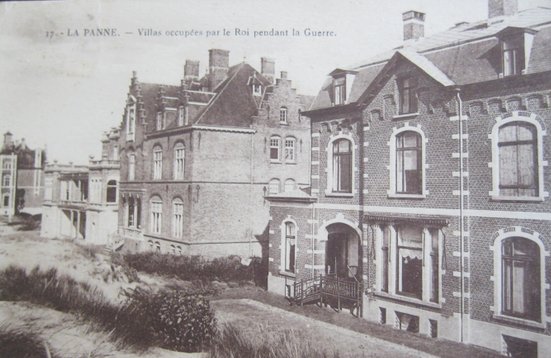 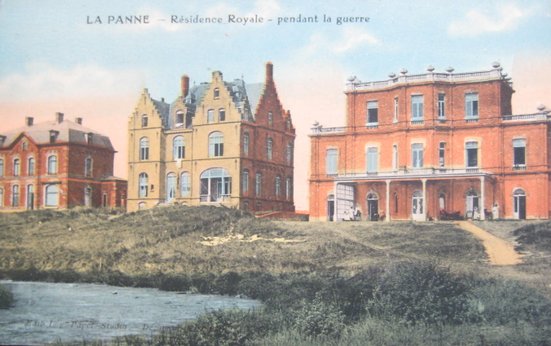 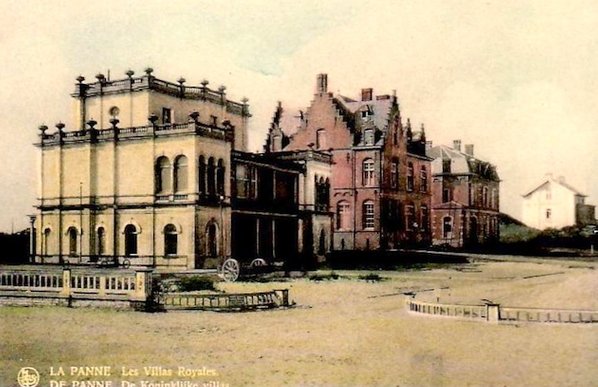 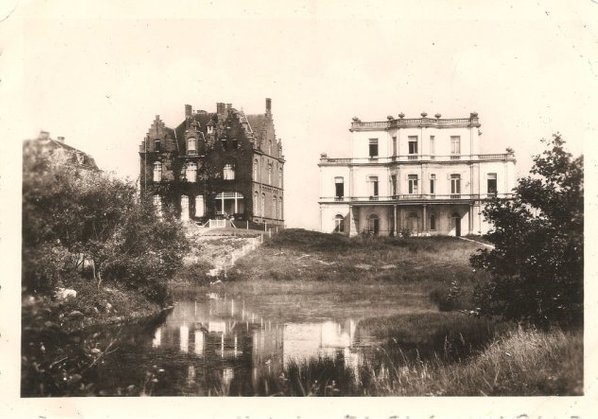 Queen Elisabeth was the first to arrive in La Panne, on the 15th of October 1914, while her husband King Albert, stayed in Veurne until the 26th of October 1914. She presumed that the she only would stay for a brief moment here and wrote:

“We are drawn like cuckoo young in someone else' nest"

The villa was the property of the family Maskens, who were fled to France. There was no fluent water, no central heating and for a long time the only lighting was provided from carbidlamps.

King Albert stated the following about his new residence in La Panne:

"They want to kick me out of Belgium, were my Grandfather has entered it"

Queen Elisabeth will return the Royal Villas in World War II  from 14th May till 24th May 1940 and was accompanied with Hendrik de Man, Chairman of the Belgian laborparty, Duchess Louise Carton De WIart, Will De Grunne and two officers of the Belgian Gendarmerie.

Villa Maskens, was the property of Adile-Jacques Mulle de ter Schueren and was renamed in the First World War as Villa Albert I.

This villa was build by Pieter Bortier from Diksmuide.

The villa Bortier was situated on the sea bank. During the first world war the villa was occupied by the Royal guard and it was also the location of the office of Jules Ingelbeek, secretary of King Albert I.

During the second world war, the villa was accupied as a German H.Q.. By the end of  1944 the villa was blown up by the Germans, before there retreat. .