ESTABLISHMENT OF THE 'REINE ELISABETH" MEDAL

CREATED BY ROYAL DEGREE ON 15 SEPTEMBER 1915

Because almost all nurses in the Hospital L'ocean at La Panne where British nurses, who where enlisted in the V.A.D.,Queen Elisabeth hoped that there services would be recognised in due course. After the matter was suggested and supported in the British General Headquarters, it was turned down by the British governement. Queen Elisabeth than took measures in her own hands, and established a Belgian award.

Major Gordon was asked by the Queen to get in touch with the Belgian sculptur Victor Rousseau, when he was next in London. In february 1916, Victor Rousseau came to Major Gordon's house, and after he recieved the Queen's directions, made several sketches for the new medal. These sketches had to be altered twice before the final design was approved by the Queen. Major Gordon was than tasked for the choice of various ribbands. He bought some colours in London, that he thought would please the Queen and she finally went with a dove-coloured gray ribbon with a cerise edge on both sides.

The 'Reine Elisabeth' medal was instituted on the 15th September 1915 and finalized on 14th May 1919. The awardee had to destinguished himself in aiding Belgian civilians or military personal during the war, particuraly in helping the sick and wounded for a period of at least one year previous to 10th september 1919. The front of the medal has Queen Elisabeth head in profile with the text "ELISABETH REINE DES BELGES" all around. The back of the medal shows a sitting female holding an oiltorche. Beneath the dates 1914-1916 or 1914-1918 are please beneath together the latin text "PRO PATRIA HONORE ET CARITATE" all around. 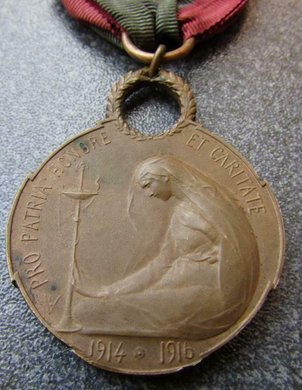 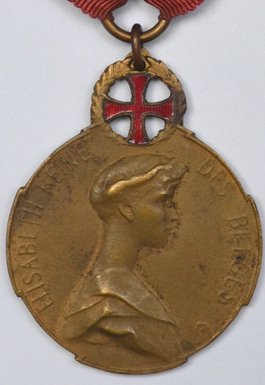 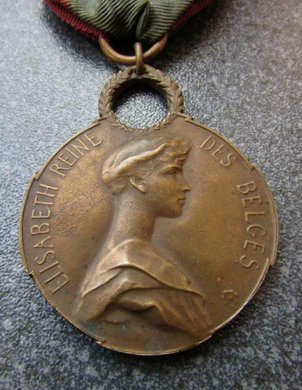 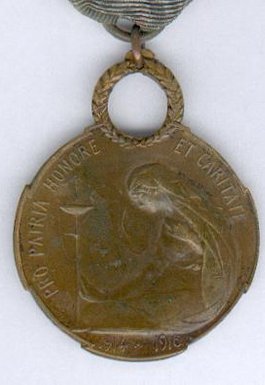 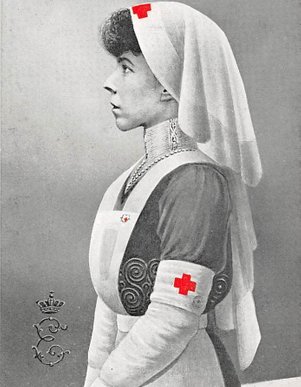