MAJOR A. A. GORDON

AND HIS SERVICE TO THE IMPERIAL RUSSIAN ARMY
IN DECEMBER 1914 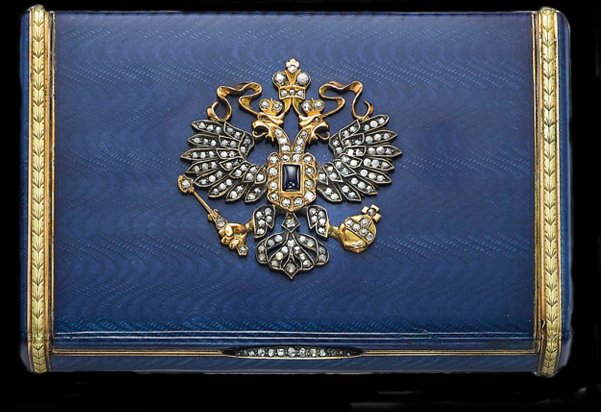 GOLD BLUE ENAMELED CIGARETTE CASE ORNAMENTED WITH THE PRUSSIAN ARMS WITH DIAMONDS AS GIVEN TO MAJOR A. A. GORDON - Unfortunately lost in history - Picture by Christies from Sale 1409, Magnificent Jewels, Geneva, 13 may 2015 - lot 61. 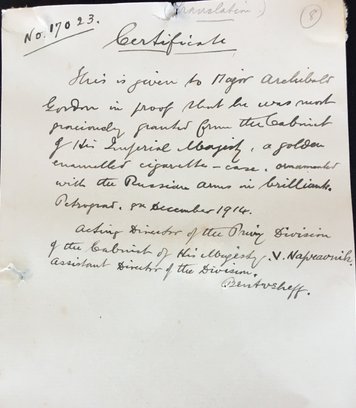 TRANSLATION NOTE OF MAJOR GORDON'S CERTIFICATE WITH THE DESCRIPTION OF THE CIGARETTE CASE. 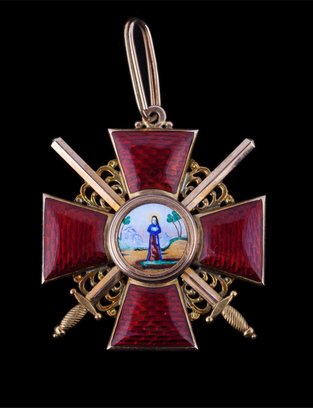 MAJOR A. A. GORDON'S SERVICE IN RUSSIA

Major Gordon doesn't refer to his service in Russia in his book Culled from a Diary so very little is known about it. Do his service had to be of great importance because he was decorated with the Imperial Order of Saint Anne 2nd Class and was given a golden cigarette case on behalf of the Emporer. It was not the first cigarette case he got from a Royal Family, he received another from Prince Ferdinand with the monogram of Jozef II of Austria in 1906, while serving him on his stay in Aspley house.

When Major Gordon arrived at Antwerp during the siege of Antwerp, he was told that Prince Kudachef, the Russian Minister was anxious to see him at the St. Antoine Hotel. When meeting him in the hotel he was explained that some three and four thousand Russian students and graduates had been collected to in hole Europe to travel back to their country for service. The Prince explained to him that no war vessel could come for the embarking of the Russians to Archangel and asked Major Gordon that he could ask the First Lord of the Admiralty (Winston Churchill) for private transport or one of the South Eastern Railway steamers, Major Gordon was used for carrying the Relief Fund. The request was, of course, a difficult one, but Major Gordon once back in London, wrote to the First Lord. To his astonishment, Major Gordon received a telegram at Apsley House, that the request was granted and he could inform one of his chief officials. Several Steamers were dispatched to Zeebrugge who picked up the Russian and transported them over the channel and later on the Thames. Here they were transferred to a large liner who brought them to Archangel, with great relief and satisfaction of the Russian Government.

Major Gordon states further that the gift was no utility gift, as the extinct enamel is apt to splinter all over even with a slight knock or fall. He also mentioned that he receipt of very similar gifts from States of which the ruler of there respectively was politically and cruelly murdered.

Prince Kudachef, is most likely Prince Nicholas A. Koudacheff, who was working for the Foreign Office of Austria-Hongary before the war.

The certificate of Major Gordon for the Order of Saint Anne bears the number 17023 and bears the Russian Imperial seal of Nicolas II. On the certificate is Major Gordon's name translated in Russian which reads: майOPY APRNDANOGNY(?) SAPGONY. The document was signed by the transitional government after the Russian Revolution in Petrograd (temporary name of St. Petersburg).

FURTHER RESEARCH WILL BE CONDUCTED!