THE WAR MEDAL OF JOHN WOOD

THIS ARTICLE TELLS THE STORY OF ONE OF THE MEN WHO SERVED UNDER MAJ. GORDON'S ELDEST SON WILLIAM HYDE EAGLESON GORDON.

The medal was found by the society on a British dealer site last summer. The dealer mentioned that the recipient served in the 8th Gordon Highlanders, wich could our interest. After doing a quick research we found out that the recipient landed in France the same date as Major Gordon's eldest son William. The medal was bought instantly and further research was conducted.

Private John Wood enlisted with 8th (Service) Battalion of the Gordon Highlanders. The battalion was formed at Aberdeen in August 1914 as part of K1 and came under orders of 26th Brigade in 9th (Scottish) Division. Private Wood mostelikely got his training at Aldershot, where the battalion was stationed and went from there to Bordon in February 1915. He landed with the battalion at Boulogne (Fr) on 10th of May 1915.

Private Wood must be participated in the following battles:

The Battle of Loos.

The Battle of Pozieres,

The Battle of Le Transloy,

John Wood was promoted from private to Corporal during these actions. He survived the war and was awarded the following medals: 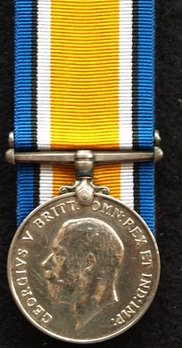 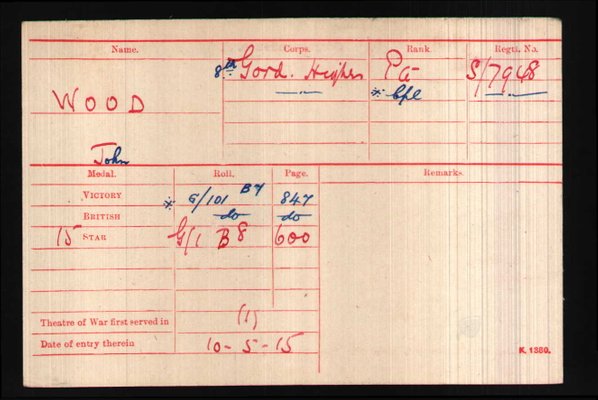