History of the Queen Victoria School at Dunblane - 1908

THIS ARTICLE TELLS THE PARTICIPATION A.A. GORDON HAD IN FUNDING THE QUEEN VICTORIA SCHOOL  AT DUNBLANE FROM 1902 TILL 1906.

Archibald A. Gordon acted as a honorary secretary for the funding of a Scottish national memorial to Queen Victoria. The funding was established by the former Gereral Officer Commander-in-Chief the Scottish command, Archibald Hunter, who launched a school for the for the sons of Scottish and Soldiers on the lines of the English and Irish foundations respectively.

The school was opened on 28th of September 1908 by King Edward. Gordon was invited to Suffolk to see H.R.H. The Princess Louise, Duchess of Argyll, a few weeks earlier. On his visit the Duchess asked him not to fail to come to the opening of the School. Gordon and his brother William travelled together to Dunblane for the opening. Later in the ceremony, Gordon together with Colonel Philip Trotter and Mr. R. Addison Smith where presented to His Majesty on the steps of the main entrance. Their Colonel Philip Trotter was knighted and Gordon and Smith received both the Royal Victorian Order, Fourth Class.

HISTORY OF THE SCHOOL

The establishment School was originally proposed to Queen Victoria, who gave her support, but died during the funding, and was named after her honour. The school was initially established for providing support and education for orphans of the Boer War. In due course, entrance to the School was made available to children of parents serving in all three services. Because of this caractar it was a fitting war memorial for the Scottish soldiers who had given their lives.

Initialy the School would be build close to, Edinburgh or Glasgow, but because of the dissagreement's of those two cities, a compromise was made to build the School victually equidistant between the two cities. During the time of its construction, the locals of Dunblane named the building 'the Jam Factory'.

The School was opened on 28 September 1908 by King Edward VII, with the Chapel being completed in 1910.

The Queen Victoria School is the only school in the UK managed and funded by the Ministry of Defence. The school was a boys school until 1996, when girls were admitted. The early traditions of the military character of the school are maintained by a ceremonial pipe band, the Combined Cadet Force (CCF) section and Scottish dancers, each of which plays an important part in School life.  Each pupil joins the CCF in the School wich maintains the "colours", has its own cap badge, and pupils wear the Clan Stewart hunting tartan.
The staff is comprised almost entirely of civilians. 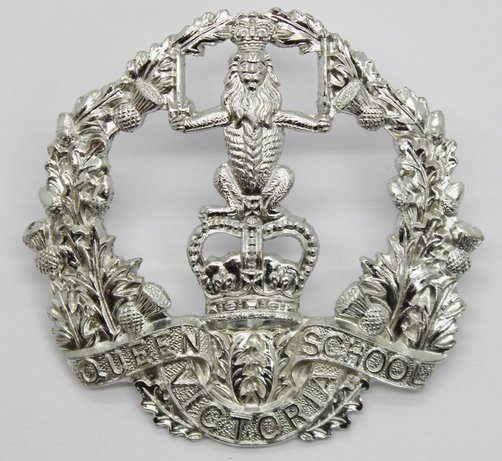 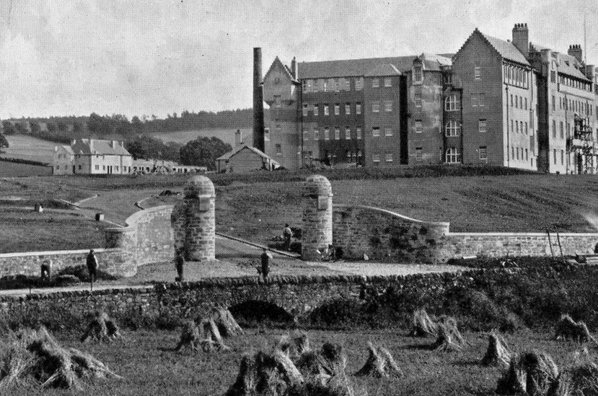 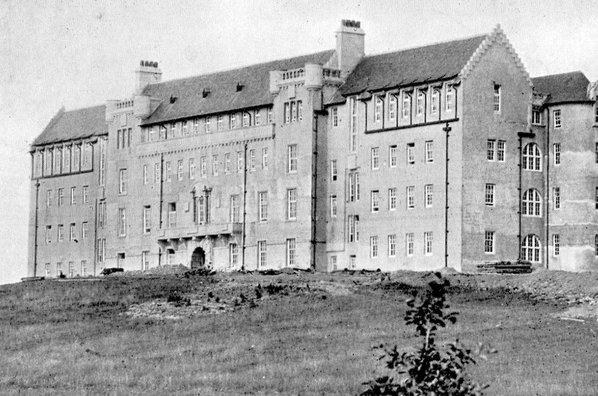 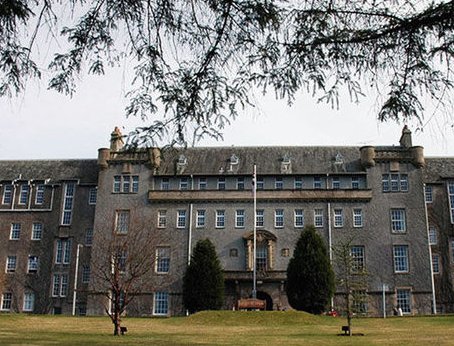