History of the Queen Victoria School at Dunblane - 1908

THIS ARTICLE TELLS THE PARTICIPATION A.A. GORDON HAD IN FUNDING 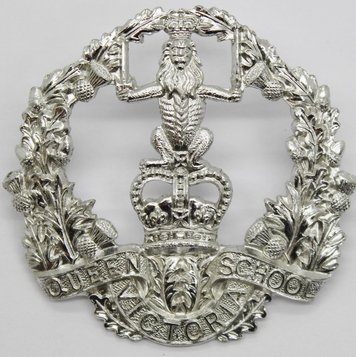 Archibald A. Gordon acted as an honorary secretary for the funding of a Scottish national memorial to Queen Victoria. The funding was established by the former General Officer Commander-in-Chief the Scottish command, Archibald Hunter, who launched a school for the sons of Scottish and Soldiers on the lines of the English and Irish foundations respectively.

Gordon was invited to Suffolk to see H.R.H. Princess Louise, Duchess of Argyll, a few weeks earlier. On his visit, the Duchess asked him not to fail to come to the opening of the School. Gordon and his brother William travelled together to Dunblane for the opening.

The school was opened on 28th of September 1908 by King Edward and was accompanied by Field-Marshall H.R.H. the Duke of Connaught and attended by Lord Herschell, Col. Arthur Davidson, and the Hon. John Ward, Lord and Equeries in Waiting.

The company went by motorcar to Blairgowrie in the morning and proceeded by special train on the Caledonian Railway to Dunblane.

A joint address from the Provost and Town Councils of Blairgowrie and Rattray was presented to the King at Blairgowrie, to which his Majesty was pleased to hand a reply. A guard of honour of the 5th Black Watch under command of Captain R. R. Black, as mounted at the station. The Provost and councillors were presented to the King by the Right. Hon. R. Buchanan. His Majesty was received at Dunblane station by the Duke of Athall, Lord-Lieutenant of Pertshshire, and the Right Hon. R; B. Haldane (M.P.), Minister in attendance on the occasion. The king, accompanied by the Duke of Connaught then drove to the Cathedral, where his Majesty was received by the rev. Ritchie and afterwards proceeded to Queen Victoria Memorial School. Sir Robert Cranston, chairman of the Building Committee, handed a gold key to the king, with which his Majesty opened the door of the buildings, and handed them over to the Secretary of State for War as representing the War Office.

Col. Philippe Trotter was conferred by the king the honour of knighthood. Mr. Robert Addison Smith, Mr Archibald A. Gordon, and Col. Montagu Grant Wilson were decorated for there services. Leaving Gordon with the Royal Victorian Order, Fourth Class. His Majesty inspected the school buildings and afterwards proceeded to the site of the chapel to lay the foundation stone of the memorial to the soldiers and sailors who died in the Second Boer War. The Rev. A. Ritchie offered prayer.

Colonel Sir Phillip Trotter, chairman of the Executive Committee, invited the King to lay the stone and presented his Majesty with the trowel and hammer. On leaving the school his Majesty proceeded by motorcar to Cromlix house to honour Mr and Mrs Arthur Hay Drummond for luncheon. Afterwards, the King returned to Balmoral, travelling by special train on the Caledonian and Great North of Scotland railways form Kinbuck station to Ballater.

HISTORY OF THE SCHOOL

The establishment School was originally proposed to Queen Victoria, who gave her support, but died during the funding, and was named after her honour. The school was initially established for providing support and education for orphans of the Boer War. In due course, entrance to the School was made available to children of parents serving in all three services. Because of this character, it was a fitting war memorial for the Scottish soldiers who had given their lives.

Initially, the School would be build close to, Edinburgh or Glasgow, but because of the disagreements of those two cities, a compromise was made to build the School virtually equidistant between the two cities. During the time of its construction, the locals of Dunblane named the building 'the Jam Factory'.

The School was opened on 28 September 1908 by King Edward VII, with the Chapel being completed in 1910.