William Eagleson Gordon (Sr) was born in 1822 and became a respected doctor.

Emily Marry A. Dick was born in 1836 as the daughter of Archibald and Isabella Dick. Major A. A. Gordon's parents were married on the 12th of July 1865 after his mother was previous married with a George Freer in 1859 and stayed for a while in the West Indies. William and Emily had their first son, William Eagleson Gordon in 1866. A year later Archibald Alexander Gordon was born and received their daughter Emily McKenzie Gordon in 1869. Three years later the couple will receive their third child Robert Aaron Gordon on the 7th of February 1871. Robert unfortunately later died in 1903 at the age of 32.  On the 12th of April 1873 Emily received her second daughter Helen Isabella Gordon, after her husband William had suddenly died in January 1873.

Emily Gordon died on the 16th of February 1917 and is buried in Logie Cemetry, Stirling Scotland.

William Eagleson Gordon was the older brother of Major A. A. Gordon, and first child of Dr. William Gordon and Emily Dick.

W. E. Gordon was born on the 4th of May 1866 at Bridge of Allan, Scotland. After his father death in 1873 he moved to Swiss and studied there together with his younger brother A. A. Gordon. On his return to Scotland he joined the Gordon Highlanders and served for a time in Malta with the militia as a  second Lieutenant on 6 June 1888. In 1895 he took part in the Chitral Expedition, after being promoted to Lieutenant in 1891. He went to the North West Frontier of British India and served in the Tirah Campaign from 1897-1898 and was here promoted to Captain.

During the Second Boer War (1899-1902) he served with the 1st battalion as an adjutant. His battalion had to relieve the men of the siege of Kimberley. Later on he served in the battle of Magersfontein and became wounded. After his recovery he served in the Orange Free State from February to May 1900, where he fought in the battles of Paardeberg, Poplar Grove, Driefontein, Hontnek, Vet River and Hand River. Afterwards he was transferred to Transvaal and saw action at Doornkop, Belfast and Lydenburg.

Captain W. E. Gordon was awarded the Victoria Cross together with Captain David Reginald Younger for these actions near Krugersdorp on the 11th of July 1900. His citation reads the following:

On the 11th July, 1900, during the action near Leehoehoek (or Doornbosch Fontein), near Krugersdorp, a party of men, accompanied by Captains Younger and Allan, having succeeded in dragging an artillery wagon under cover when its horses were unable to do so by reason of the heavy and accurate fire of the enemy, Captain Gordon called for volunteers to go out with him to try to bring in one of the guns. He went put alone to the nearest gun under a heavy fire, and with the greatest coolness fastened a drag-rope to the gun and then beckoned to the men, who immediately doubled out to join him in accordance with his previous instructions. While moving the gun, Captain Younger and three men were hit. Seeing that further attempts would only result in further casualties, Captain Gordon ordered the remainder of the party under cover of the kopje again, and, having seen the wounded safely away, himself retired. Captain Gordon's conduct, under a particularly heavy and most! accurate fire at only 850 yards range, was most admirable, and his manner of handling his men most masterly; his devotion on every occasion that his Battalion has been under fire has been remarkable.

After the Boer War, W. E. Gordon was promoted to Major in 1907 and was brevet Lieutenant-Colonel when he became an Aide de Camp to King Georges V. During the First World War he was captured but released as an exchange in 1916. On his return he commanded the 1st (Midland) District from 15th September 1917 till 1920.

W.E. Gordon retired from the army and took up residence in London where he died on 10th March 1941 at the age of 74. He is buried in St Albans Churchyard, Hindhead, Surrey. 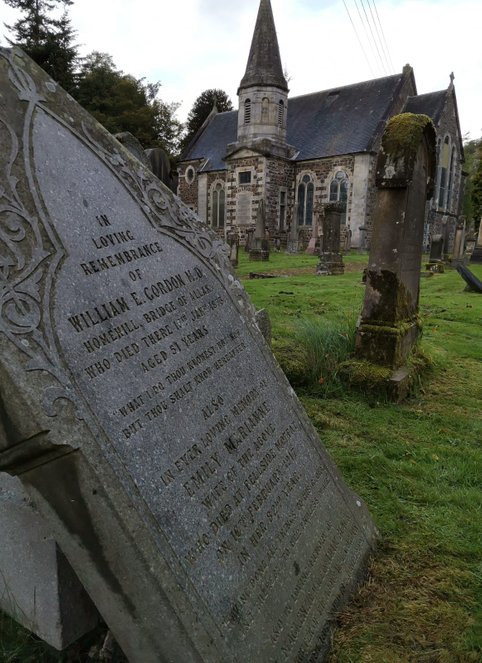 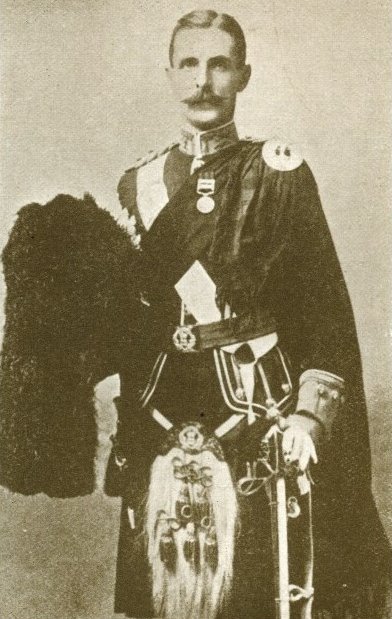 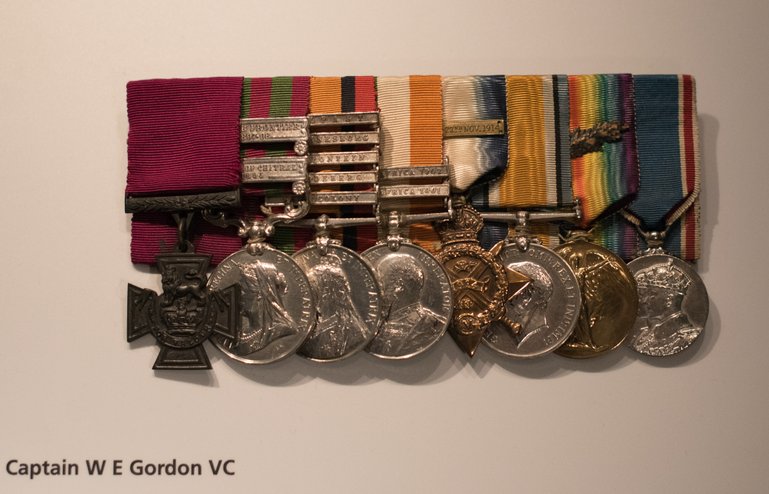 COMMANDER OF THE MOST EXCELLENT ORDER OF THE BRITISH EMPIRE

Emily McKenzie Gordon was born on the 2nd of April 1869 and was the third child and only daughter of William and Emily Gordon. She married with Adam Rimmer Black in 1890 and the couple had their first born Marjorie Esme Gordon Black on the 22th September 1894. Ten years later the couple will receive the second daughter Emily Elizabeth Gordon Black on 19th November 1904.

Emily McKenzie died on the 18th of June 1907 and was buried at the same cemetery of her mother.

Helen Isabelle Gordon was born in April 1873, just three months after her father suddenly had died.

Father Graham H.W.N. was listed as a Lieutenant in the Royal Artillery in 1892 and became a Colonel in 1922, and was mentioned in the 1922 Birthday Honours. Graham was decorated with the Commander of the most distinguished order of Saint George and Michael.

Graham Nicholson died on the 1st of February 1946. Helen Isabelle died on 23th October 1961 in Kent, England. Being the last of Major A. A. Gordon's family.

Robert Aaron Gordon was born on 7 february 1871, as the youngest brother of A. A. Gordon and the third son of William en Emily Gordon. He is registered as an militia member in 1891.

Robert Aaron Gordon tragically died in the spring of 1903 at the age of 32.

George Freer (Jr) was the son of Emily Dick from her previous marriage with George Freer. Major Gordon states in his book, that his oldest brother remained in England, when the family moved to Switzerland after father William E. Gordon (Sr) suddenly died.

No further information on George Freer Gordon has been found yet.