Dr. William Eagleson Gordon (Sr) was born on 4 June 1831 as the son of Rober S. Gordon and Ellen Eagleson and settled down Henderson Street in Bridge of Allan where he had his practice. In the American surgeon' catalogue "the surgeon-general's catalogue of the United States' an article 'Testimonials to William Gordon' was published later on. In 1866 he issued a pamphlet 'Bridge of Allan and his resources'.

On 12 August 1865, he married the widow Emily Freer, whose birth name was Dick. Emily Maryanna A. Dick was born in 1836 as the daughter of Archibald and Isabella Dick, who were the owners of Windsor Castle in Jamaica. Isabella was the fourth daughter of Colin MacKenzie IV  of Mountgerald, Rossh-shire and great-great-granddaughter of Henry Mackenzie, sixth laird of Gairloch. The Mackenzie family can be traced back in Scotland before the year 1060! Emily had married George Freer in 1859 and took up residence with her husband in the West Indies where she received her firstborn George Freer. After she remarried she received her second son, William Eagleson Gordon in 1866. A year later Archibald Alexander Gordon was born and Emily McKenzie Gordon was born in 1869. Three years later the couple received their third child Robert Aaron Gordon on the 7th of February 1871. Robert unfortunately later died in 1903 at the age of 32.  On the 12th of April 1873, Emily received her second daughter Helen Isabella Gordon after William had suddenly passed away in January 1873.

Emily Gordon, who was a great philanthropist, died on February 16, 1917, and is buried together with her husband William in Logie Cemetry, Stirling Scotland.

Major Gordon writes of his mother in his book 'Culled from a Diary' the following sentence: 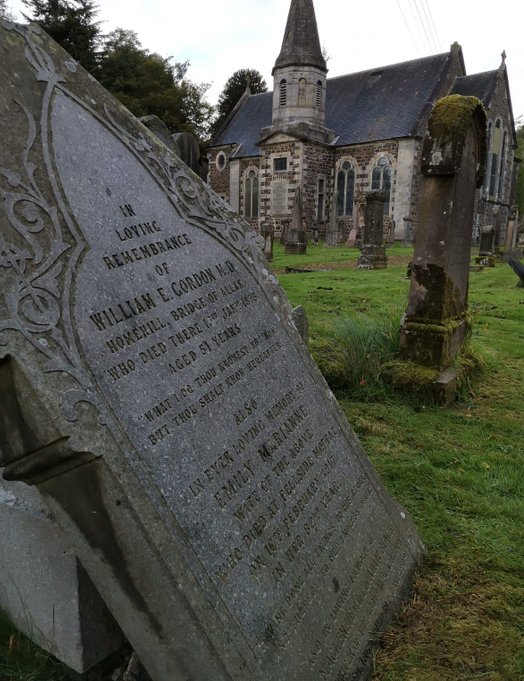