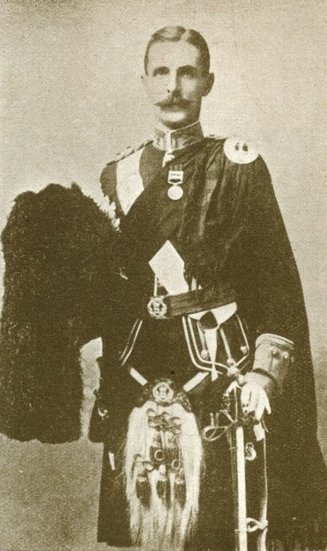 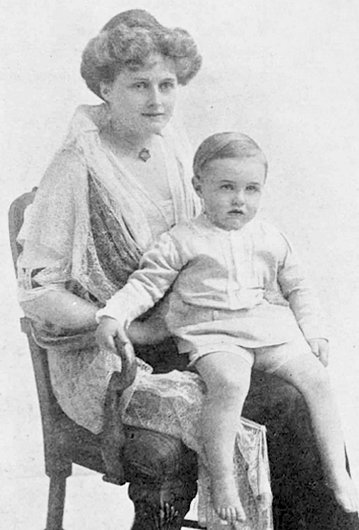 Colonel Gordon became an ADC to the King in 1913 and was given the rank of Brevet-Colonel the same year. During the year, he received his son Colin Mackenzie Blair Gordon with his Irish wife Margaret Katherine Blair who he had married in 1910. Ironically, his brother Major Gordon also married a girl from Ulster this being Lizzie Maude Smith, twin-daughter of the late Major General Edmund Davidson Smith and Mary Mathilda Cooke-Collis from castle Cooke in Cork, Ireland. Lizzie’s brother was the late Rear-Admiral Edmund Hyde Smith. Colonel Gordon entered the First World War in august 1914, was forced by his commanding officer Lieutenant Colonel Francis Hugh Neish to surrender, and was later imprisoned at Fort Zinna. During his

Although both families share the same surname, they are not relatives. After the Gordon family of Colonel Gordon return to England Colonel and Major Gordon finished high school and were later sent to London to finish their studies. Afterwards, Colonel and Major Gordon went their own way. Colonel Gordon failed the entry exam at Sandhurst and as a result, joined a Scottish Militia. Afterwards, he has commissioned a Second Lieutenant in the Gordon Highlanders regiment and was sent to Malta and Ceylon.  From there he had the most gallantry career serving in the Chitral and Nothern Frontier campaigns and the Second Boer War in which he became dangerously wounded during the Battle of Magersfontein and later earned the Victoria Cross for his actions in the Battle of Dwarsvalei on 11 July 1900. He received the award from the late Field Marshal Earl Horatio Herbert Kitchener KG, KP, GCB, OM, GCSI, GCMG, GCIE, PC on June 2, 1902, in Pretoria. After his return to England, he became a member to the Naval and Military Club (The In & Out) in 1903 in which he joined his good friend and fellow officer the late Sir Ernest Beachcroft Beckwith Towse, VC, KCVO, CBE who already was a member since 1896. Colonel Gordon accompanied his brother Major Gordon to the opening ceremony of the Queen Victoria School at Dunblane on September 28, 1908, where King Edward VII presented the MVO to Major Gordon for his involvement in funding the school.

imprisonment at the officer’s camp, Major Charles Allix Lavington of the 2nd Kings Own Yorkshire Light Infantry took his own life after multiple escape attempts, earning him the Victoria Cross posthumously. In January 1916, Colonel Gordon was exchanged with the German Aristocrat Prince Salm Salm, returned in bad health to England and received his daughter Valerie Gloria Jean Blair Gordon the year after. After the war he sued, his former commander (Lt. Col. Neish) in a libel case after a slander article and afterwards had to defend himself during a Court of Enquiry. In 1933, he lost his son Colin M. B. Gordon, who at the time was commissioned a 2nd Lieutenant in his father’s regiment (Gordon Highlanders), during a racecar event at Donington Park. 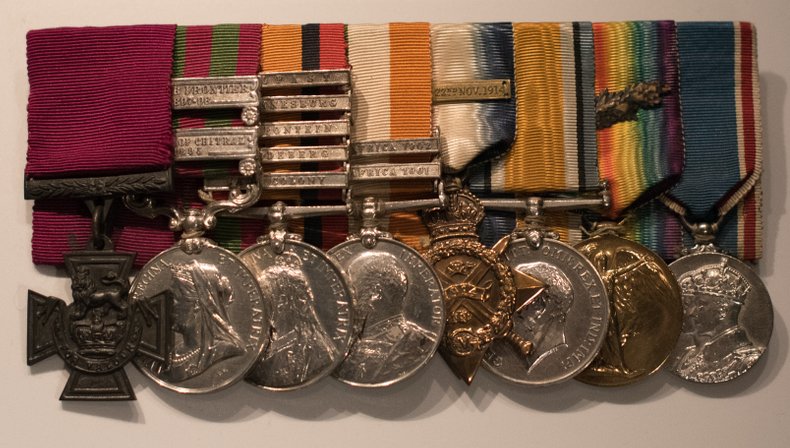 On the 11th July, 1900, during the action near Leehoehoek (or Doornbosch Fontein), near Krugersdorp, a party of men, accompanied by Captains Younger and Allan, having succeeded in dragging an artillery wagon under cover when its horses were unable to do so by reason of the heavy and accurate fire of the enemy, Captain Gordon called for volunteers to go out with him to try to bring in one of the guns. He went put alone to the nearest gun under a heavy fire, and with the greatest coolness fastened a drag-rope to the gun and then beckoned to the men, who immediately doubled out to join him in accordance with his previous instructions. While moving the gun, Captain Younger and three men were hit. Seeing that further attempts would only result in further casualties, Captain Gordon ordered the remainder of the party under cover of the kopje again, and, having seen the wounded safely away, himself retired. Captain Gordon's conduct, under a particularly heavy and most! accurate fire at only 850 yards range, was most admirable, and his manner of handling his men most masterly; his devotion on every occasion that his Battalion has been under fire has been remarkable 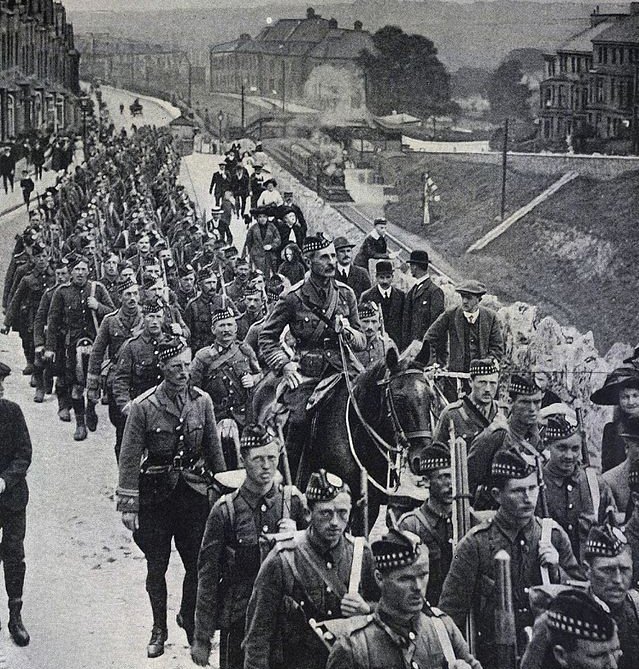