William Eagleson Gordon was the older brother of Major A. A. Gordon, and first child of Dr. William Gordon and Emily Dick.

W. E. Gordon was born on 4 May 1866 at Bridge of Allan, Scotland. After his fathers death in 1873, he moved to Switzerland and studied there together with his younger brother A. A. Gordon and met with the famous Major-General Charles G. Gordon. On his return to Scotland he failed the exam for the Military College of Sandhurst and joined the militia and Gordon Highlanders later on where he has commissioned a  Second Lieutenant on 6 June 1888 and was also mentioned as a subaltern. he was stationed at Malta under the command of ...  for (?) months when the 1st Gordon Highlanders left for Cylon.  In 1895 he took part in the Chitral Expedition, after being promoted to Lieutenant in 1891 and commanded here F-Company. Two years later he took part in the North West in the Tirah Campaign from 1897-1898 and was promoted to Captain and Adjudant of the regiment.

On the outbreak of the Second Boer War (1899-1902) he was stationed in Aldershot and embarked with the 1st Gordon Highlanders at Liverpool and arrived on 28 November in Table Bay. He saw his first action during the Battle of Magersfontein where he got badly wounded and was evacuated to the Military Hospital at Winburg. His recovery took two months and he was back in action when the battalion took part in the battle of Paardeberg. Here he became wounded again, although not so bad as last time, but became ill because of on infection of his previous injury. Once recovered again the battalion was now placed under the command of Lt. Colonel Burney, who had served with Captain Gordon during the Chitral Expedition and both men served in the Orange Free state from February to May 1900 being present at the battles of Poplar Grove, Driefontein, Houtnek, Vet River and Hand River. The battalion was later transferred to Transvaal. During this time, on 11 July 1900, when the battalion was attacked by the enemy and the artillerymen of Lt. Turner were almost wiped out, Captain Gordon and his fellow comrade Captain Younger called out for volunteers to bring in the guns. During the charge, Captain Younger fell mortally wounded and was evacuated by Sergeant McKay who rushed to evacuate him, though Younger succumbed to his wounds the same evening. By the time Captain Younger was hit, Captain Gordon had managed to get to the guns and tied a rope on it and called his men to drag the canons back to safety. When several men were hit, Gordon decided that further attempts will cause more casualties, and gave the order to evacuate the wounded before he himself retired. The canons were later recovered during the night when the enemy had retired, possibly because their commander Vecht-Generaal Sarel Oosthuizen

was mortally wounded during the engagement and died a month later. Only two men were recommended for the Victoria Cross that day, being Captain Gordon and Sergeant MacKay. Because Captain Younger had died, he could not be recommended for the award, because the VC could not be awarded posthumously by that time. This was later altered and Captain Gordon received his VC in 1902 from Lord Kitchener and Younger's family was given it the same year. Sergeant John MacKay received the Victoria Cross for his previous actions at Johannesburg so his action in saving Younger did not contribute to his VC. After the action at Krugersdorp, the battalion took part in the smaller actions at Belfast and Lydenburg until 1902. The battalion returned to Scotland and stayed there until the outbreak of the First World War. 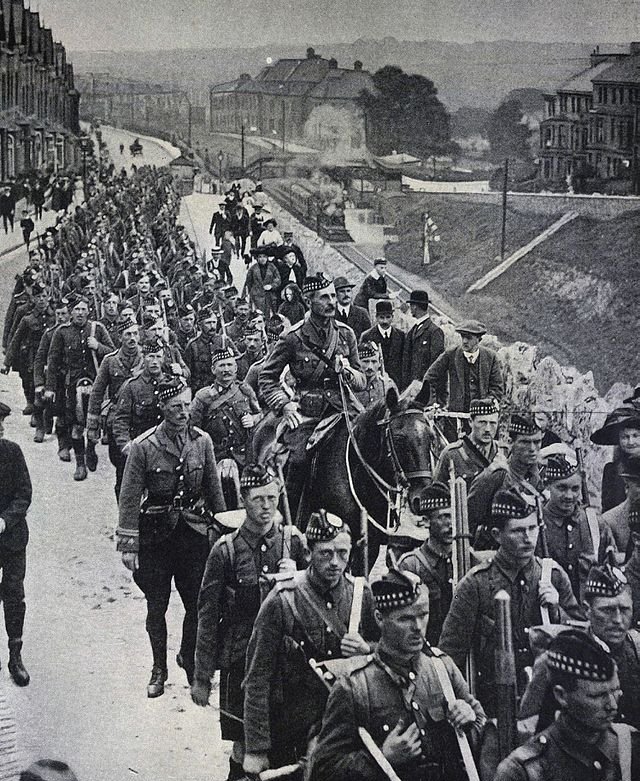 William Eagleson Gordon was the older brother of Major A. A. Gordon, and first child of Dr William Gordon and Emily Dick.  Both brothers got along very well and William accompanied his brother on the opening of the Scottish memorial for Queen Victoria, the Queen Victoria School in Dunblane, where Archibald Gordon was decorated with the Royal Victorian Order, fourth Class, for his involvement.

W. E. Gordon married with Margaret Katherine Blair on 6 January 1910. The coupe received there first-born on 30 January 1913, being Colin Mackenzie Blair Gordon. Because of the outbreak of the First World War and the surrender of the 1st Gordon Highlanders at Le Cateau on 27 august 1914, Margaret became a single mother. A picture of her and her one-year-old son was published in 'the Sketch' in December 1914. After Gordon's release in January 1916, the couple received there second child and first daughter Valeria. When Gordon retired from the army in 1920 the couple went to Ireland.

While with a friend on a motor race circuit in Donington Park, Colin Mackenzie B. Gordon was tragically killed in an accident on (?) August 1933.

In 1940, while present at the In & Out military and navy club in London Gordon together with Major A. Crozier, a German aeroplane bombed Picadilly Square. Gordon became wounded and trapped in the building and was evacuated by pageboy John Williamson and Peter Brabbs. Major A. Crozier succumbed to his wounds some days later and Gordon remained in the hospital until he died on 5 May 1941, from the results of his injury.

On the 11th July, 1900, during the action near Leehoehoek (or Doornbosch Fontein), near Krugersdorp, a party of men, accompanied by Captains Younger and Allan, having succeeded in dragging an artillery wagon under cover when its horses were unable to do so by reason of the heavy and accurate fire of the enemy, Captain Gordon called for volunteers to go out with him to try to bring in one of the guns. He went put alone to the nearest gun under a heavy fire, and with the greatest coolness fastened a drag-rope to the gun and then beckoned to the men, who immediately doubled out to join him in accordance with his previous instructions. While moving the gun, Captain Younger and three men were hit. Seeing that further attempts would only result in further casualties, Captain Gordon ordered the remainder of the party under cover of the kopje again, and, having seen the wounded safely away, himself retired. Captain Gordon's conduct, under a particularly heavy and most! accurate fire at only 850 yards range, was most admirable, and his manner of handling his men most masterly; his devotion on every occasion that his Battalion has been under fire has been remarkable 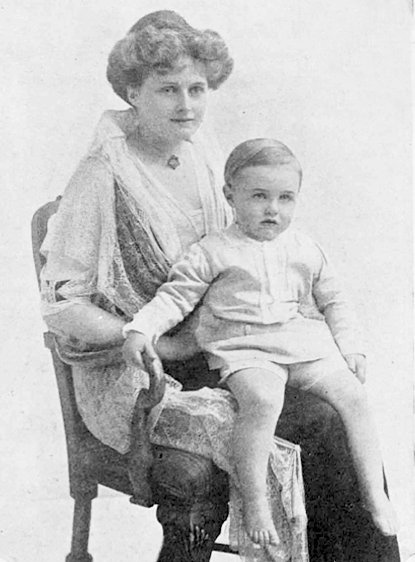 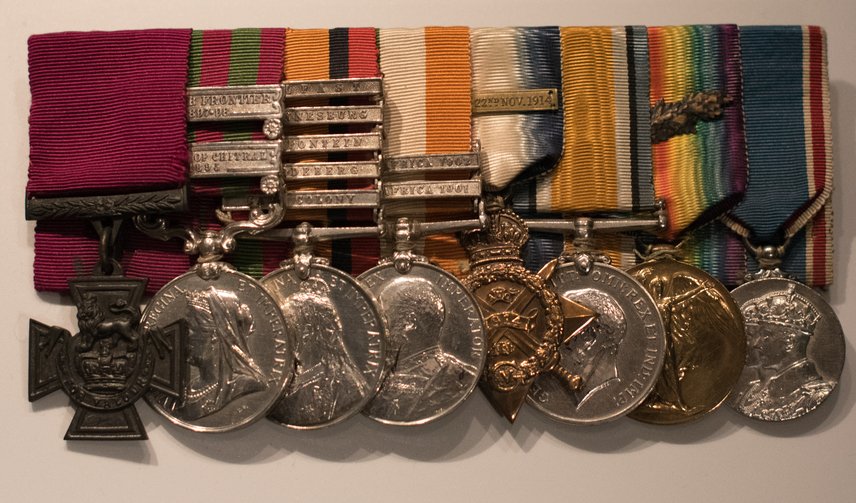 W.E. Gordon was promoted to Major in 1907 and was given the rank of Bt. Colonel in 1913 when he became an Aide-De-Camp to King George V. On the outbreak of the First World War the 1st Gordon Highlander was embarked for France on 14 august 1914 and was commanded under Lt. Col. Neish and Bt. Col. W.E. Gordon as second in command. Both men, who had served many years together came to an impasse during the Battle of Le Cateau when the orders to retreat did not reach the battalion and were almost surrounded. Gordon who definitely wanted to fight to break through to get back through the main army was constantly encountered by Neish resulting in the capture of almost the entire battalion, being 500 men. During the last days of the fight Bt. Col. Gordon got wounded and was later forced to surrender with the rest of the battalion. Gordon was sent as a prisoner of war to Fort Zinna at Torgau, Germany. Here he was questioned by the German Husar, and later Pilot Von Lersner about the use of 'Snap Nose' bullets together with Lt. Col. Neish and both statements were published later on. Gordon remained in captivity and was eventually exchanged for the German Prince Salm Salm, who was interned at Gibraltar on the outbreak of the war. Completly weak and ill, Gordon was repatriated by the Red Cross through Amsterdam to England in January 1916. Luckily he recovered well and was later appointed to the Scottish Command under Lt. General Spencer Ewart (a fellow ADC) in September 1917.  In Oktober 1916, an explanation was asked why Gordon was exchanged for such a high-value prisoner in the House of Common. The explanation was that the War Office and the Secretary of state had negotiated with the German Government and had considered all options. Prince Salm Salm died in the same year while serving with his regiment on the Russian front at Pinsk.  As an officer, Gordon had to explain before the Court of Inquiry in what circumstances the battalion had given itself surrender at Le Cateau in 1914. The court hearing was scheduled for after the war, however, when an article was published in the Dundee People's evening newspaper, claiming that Gordon had ordered the surrender, a Libel Case was filled by Gordon against the owners of the newspaper; John Leng & co. The two cases overlapped and the outcome was that the surrender of the 1st Gordon Highlanders was done in the "chances of war" and the Libel Case was won by Gordon, who received £ 500 in damages. Gordon remained in the army by commanding the 1st (Midland) District in the Scottish Command.

Gordon succeeded Colonel Mackintosh as commanding officer in the Perth District in 1920. For his service in the Scottish command he received a C.B.E.  On April 10, 1920, William was reported to be seriously ill in the South of France after an operation.