Edmund Robert Adam Gordon, Major Gordon youngest son was born on 25 March 1896 in Edinburgh.  He was a student at Haileybury College.

On the 25th of August 1917, Major Gordon was informed that his last son (Edmund) was wounded again having first suffered a leg wound and then a severe hand wound. He was hospitalized in the General Hospital N°8 at Rouen and later taken to hospital in Brighton where Major Gordon visited him. Over time the condition of Edmund became worse and he had to undergo several operations which resulted in the amputation of certain fingers and a part of his hand. Edmund was later sent back to the front and survived the war. However, his previous wounds received during his illness in 1915 had caused much damage to his lungs which later resulted in tuberculosis. He died this decease on 5 October 1932 in Chelsea, London. His death, however, was registered in Edinburgh, Scotland.

Edmund married in 1926 with his wife Vivienne Roberts, in Kensington and the couple got there first born Peter. Peter Gordon tragically died in his infancy. Vivienne (also written as Vivien and Vivian) Daisy Roberts was born on 15 June 1900 in Clitheroe, Lancashire.  She presumably married Edmund in July 1926 in Kensington and is registered as a residence of Balham and Tooting in 1933. In 1936 she was located at Hampstead and during the Second World War she can be traced to Kensington again. By the end of the 50's, she is registered in Putney and afterwards back in Hampstead in the early 60's. We searched many records to find the birth of Peter but with no results, non-other children are also found on Vivienne. Vivienne never remarried and held the name Gordon till her death. 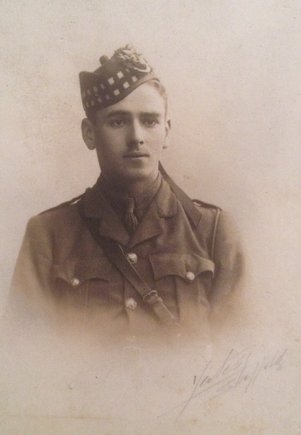 Edmund in his Seaforth Highlanders uniform 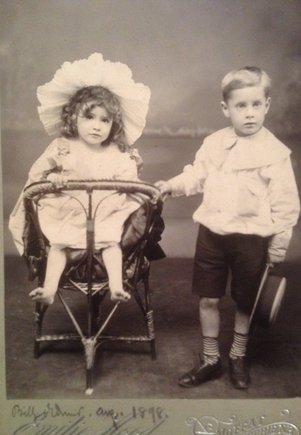 Edmund and his older brother William in 1898

Edmund being 2 years of age 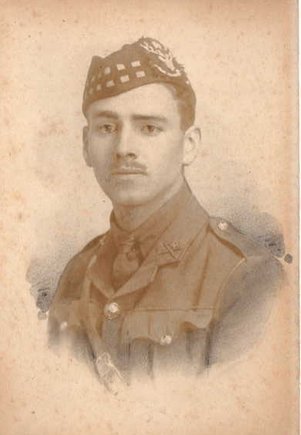 Edmund with his R.M.G. collar badges 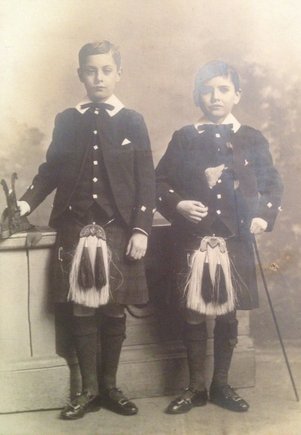 Wiliam and Edmund possibly during highschool. 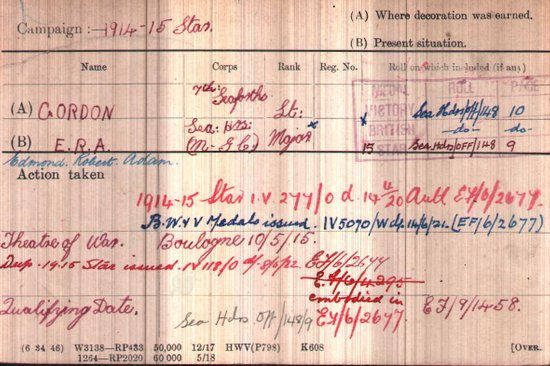 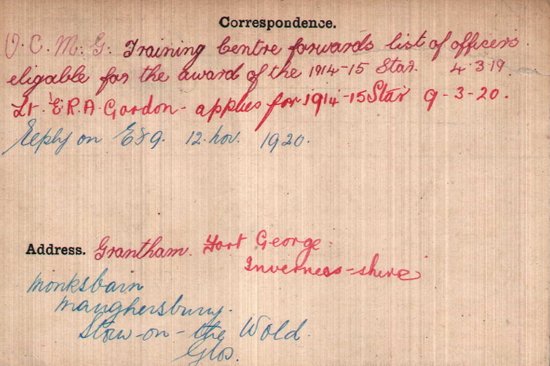