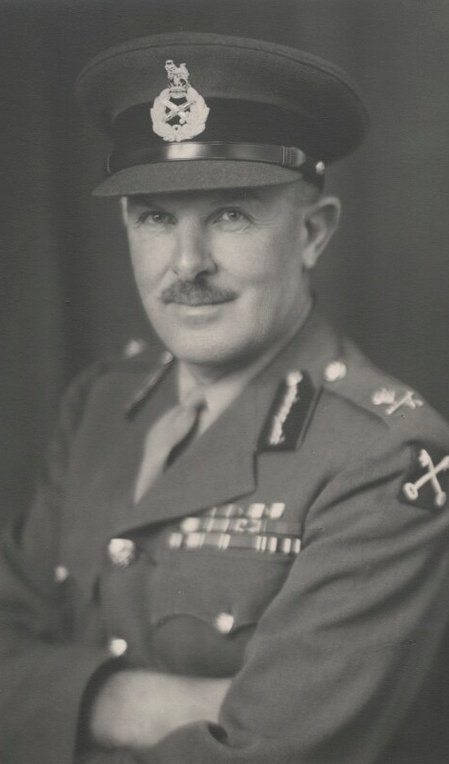 Cameron Nicholson was commissioned into the Royal Artillery in 1915 and served during the First World War together with his father in the Royal Artillery. Cameron later served from 1917 with the Royal Horse Artillery in France where he was awarded the Military Cross and Bar in 1918. He commanded a regiment in India, Iraq, Palestine and Egypt till 1927. Afterwards, he became an instructor at the Royal Military Academy, Woolwich from 1927 till 1930 and later attended Staff College where he served as an instructor from 1938 till 1939.

During the Second World War, he was awarded the Distinguished Service Order and Bar while he was appointed Commander of Support Group, 42 Armoured Division in 1941 and then second-in-command of 6th Armoured Division in 1942. In 1943 he became Brigadier General Staff for the 1st Army. In February 1943 he was an opponent of the German Field Marshal Erwin Rommel in the Battle of the Kasserine Pass, where he commanded the units of the British First Army in Tunisia. Brigadier Cameron Nicholson was an effective combat leader who kept his remaining forces steady under relentless German attacks and enabled British Forces to hold the vital road leading into the Kasserine Pass against the German 10th Panzer Division under Rommel's direct command.

In 1944 he became a General Officer, Commanding the 44th Indian Armoured Division and was sent to the Burma campaign. Here he was the commanding officer who received the surrender of

Captain Tomeichi Okazaki in 1946 while serving in the 2nd Division.

In 1948 he took up command in West Africa. Three years later he was made General Officer for Western Command and became commander in chief of the Middle East Land Forces in 1953. He retired from the army in 1956 and become governor of Royal Hospital Chelsea until 1961.

THE LAST KNOWN OWNER OF THE RUSSIAN CIGARETTE CASE OF MAJOR A. A. GORDON

It is not known if the case is still in accistance or held by the Nicholson family.