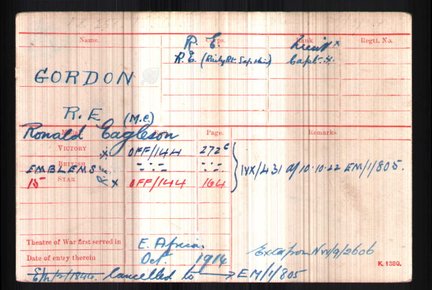 Colonel R.E. Gordon's Wilkinson-Webley revolver is placed in it's presentation case. The grip holds a silver medaillion with the initials R.E.G.