THE HOUSES OF MAJOR A. A. GORDON 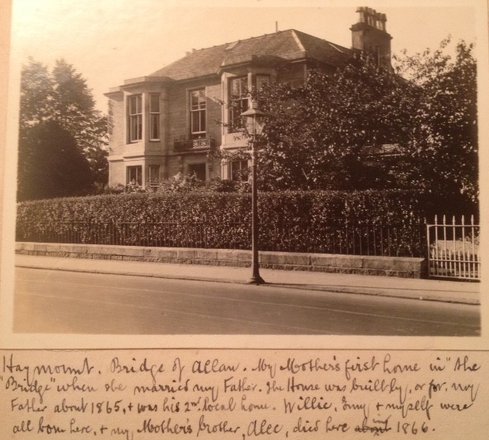 Archibald Alexander Gordon was born on 3 September 1867 in the house called Haymont which was located in Bridge of Allan. Beneath the picture (left) Major Gordon states that the house was the birthplace of his older Brother William, himself and his oldest sister Emily. It was also the house where his mother's brother Alec had died in 1866 (prior to Major Gordon's birth). 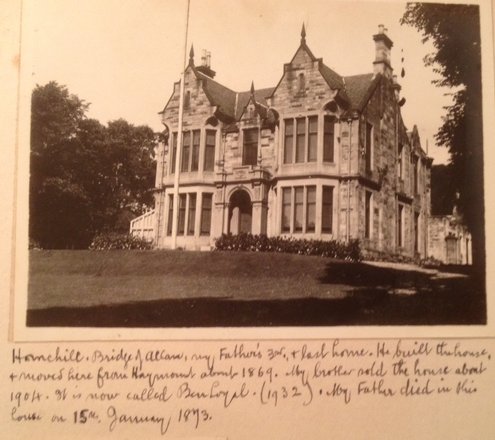 Father Dr. William Gordon build this home, which was his third, and moved the family here from Haymond in 1869. The home was called Homehill. Major Gordon's father died in this house on 15 January 1873. The house was sold by a brother of Major Gordon in 1932 and is was called Benroyal since than. 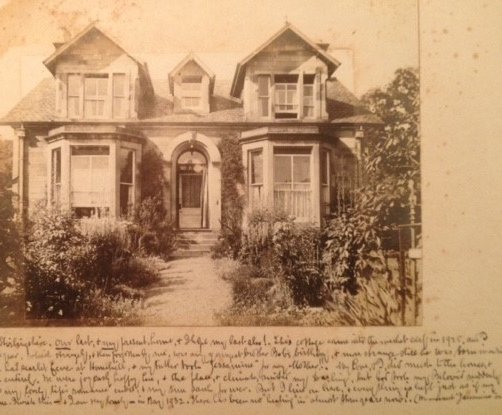 Major Gordon's last home in Bridge of Allan. He moved here together with his beloved wife in 1925 and they lived happily together until Lizzie died four years later in 1929. Major Gordon by than had only his youngest son Edmund left, but his condition became worse and he died of TBC in 1932. By than Major Gordon's family was ended and lived the rest of his life alone. He participated in the Scouts and Curling clubs of Bridge of Allan, until his dying day in 1949.

Major Gordon was engaged to his beloved on 12 February 1891, when he visited this house (Melbury Lodge) while invited by Colonel Randall. Lizzie was together with her twin-sister present in the house and she promised herself to him the same day. 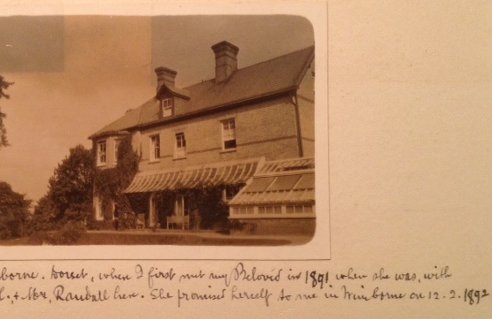 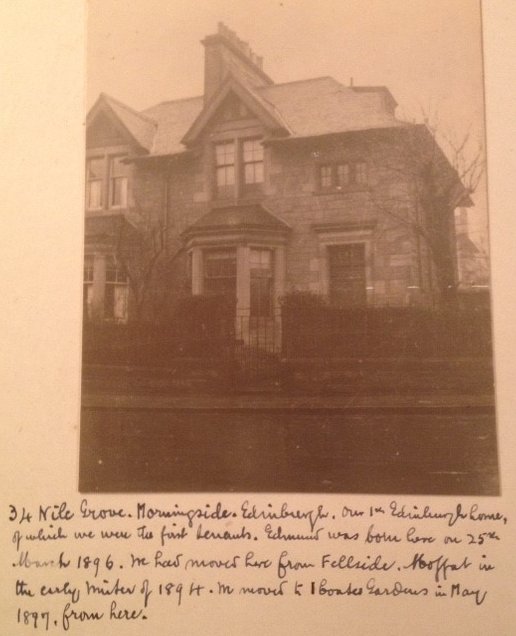 Major Gordon's first home in Edinburgh called 'Morningside'. His youngest son Edmund was born here.  on 25 March 1896. The family moved from Fellside, Moffat to this house in 1894.

Major Gordon married his beloved wife in 1892 and brought her to this home after there wedding. The home is located in Haddington, East Lothian. The couple received the twin William Hyde E. and Archibald George R. in this house on 23 August 1893. Lizzie Maude became ill after the child-birth and because of the isolated area, the family moved temporarily to Gordon's mother in Edinburgh. 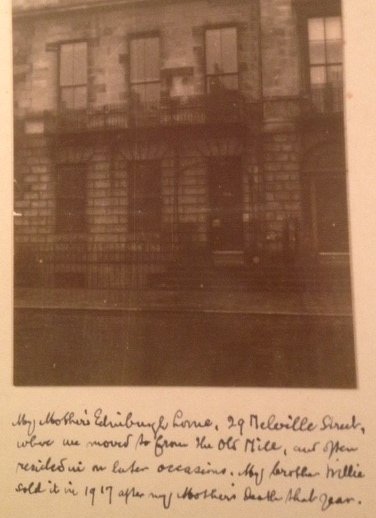 Major Gordon and his family moved to this house in 1897. Gordon bought the house and was the first occupant. The family left the house in October 1916, after Major Gordon had taken up his position in London, as private secretary to the 4th Duke of Wellington in February 1906. It took until 1923 for Gordon to sell the house. 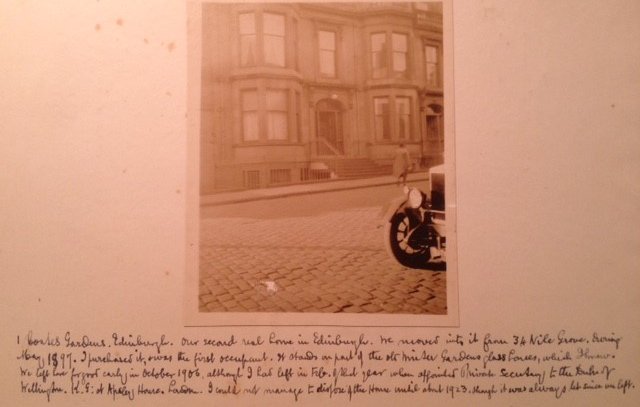 THE HOME OF MAJOR GORDON'S MOTHER

Major Gordon bought the house and was the first owners, he moved in it with his  family together with his mother. His brother William, sold the home in 1917 after their mother had passed away that year. 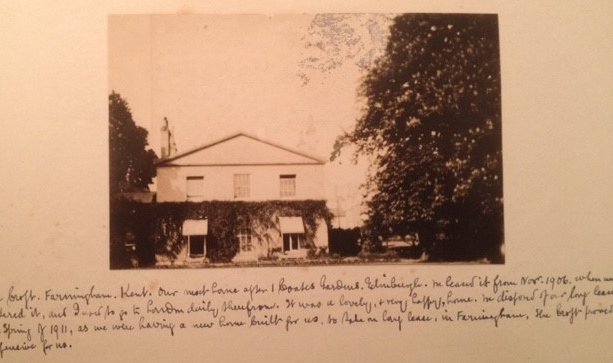 The house was commissioned by Major Gordon and was build and designed to the families design. The family moved from their previous home in the summer of 1911. Major Gordon rented also a small house in London since 1915, for his job as private secretary and used the home since then as holiday resort.

Major Gordon moved to the home in 1906. The family lived here till 1911, when there newly build home was ready. 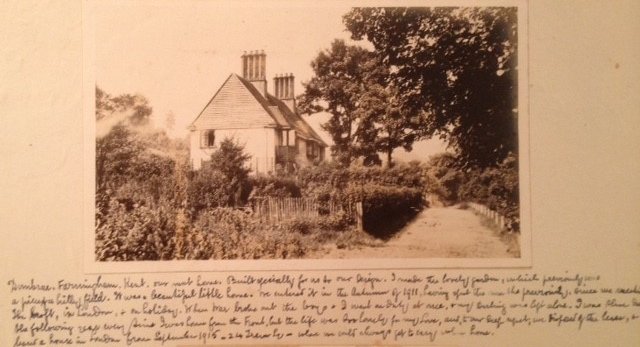