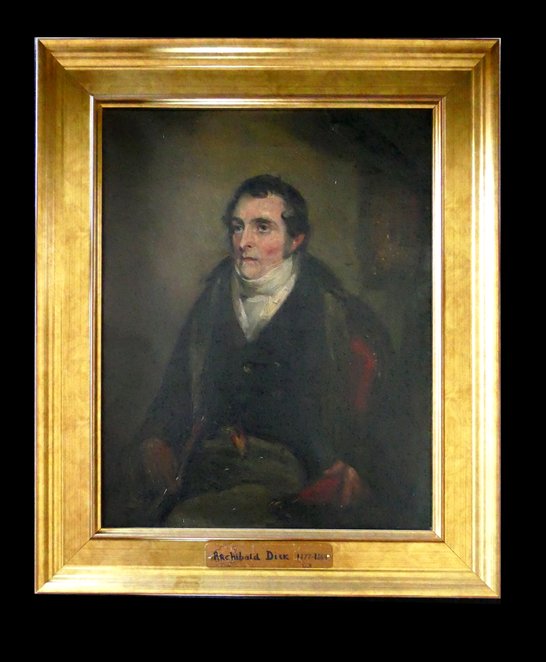 Archibald Dick was the son of Hugh Dick and Cathrin Somerville. He was born at S Hichbath[?] on 18 September 1777 and baptised 22 October 1777 in Glasgow. He was the brother of James Dick of Kingston.

Archibald married the third daughter of Colin MacKenzie of Mountgerald and the couple received 6 children.

In 1851 the family was living at Friar's Park, Elgin together with four of their children. The Jamaican (black) servant Fanny Anderson (age 45) had followed her mistress to Schotland after the family had left Jamaica. She was married to Frances Anderson, Proprietor of Houses.