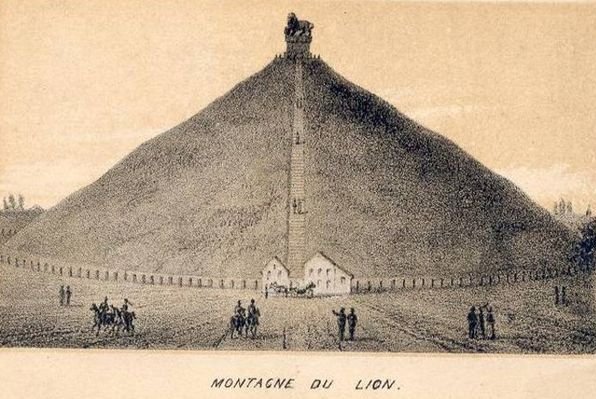 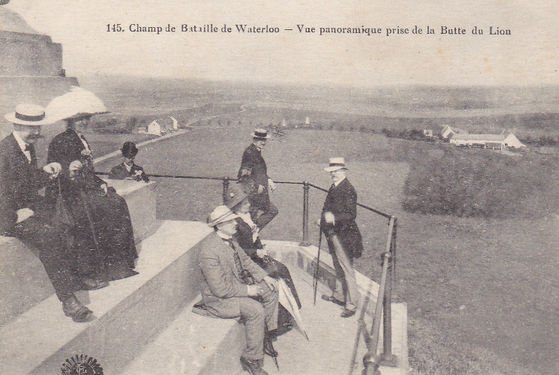 The sole British monument on the battlefield of Waterloo was erected in memory of Lieut. - Colonel Sir Alexander Gordon K.C.B.

Sir Alexander had a brilliant military career, gaining an early distinction at the capture of Capetown from the Dutch by Sir David Baird, to whom he was ADC. and subsequently in the Peninsular War, during which he received ten medals and was created K.B.E.

In the Napoleonic war, the Duke of Wellington appointed his as A.D.C., and evidently had the highest opinion on him. The Duke was greatly distressed when he was fatally wounded at the Battle of Waterloo.

The monument was erected by the Fourth Earl of Aberdeen and his other brothers and sister.

In the spring of 1914, the Waterloo fund was organised by The Duke of Wellington and Lord Roberts.

On 31 July 1914, the article 'Preservation of Waterloo Battlefield' was published in the Wells Journal. The article published a letter of thanks by the Duke of Wellington:

Sir  - In reference to our appeal of Waterloo Day, we would beg your indulgence, and let us thank, through the medium of the Press, those who so kindly responded to it. You will recollect that we pleaded for support so that the above fund could be completed. Although this happy result was not yet been achieved, we are pleased to state that the receipts and promises amount to 8.501 15s. When last we addressed the public the total was £6,286 1s. 9d., thus showing an increase of £2,215 13s. 3d., included, however, in which latter was a most kind anonymous donation of £1,.000. To cover the minimum sum and the working expenses incurred we still require near £2,000.

We have been told by various subscribers that comparatively few of the general public know anything of the scheme to save the field of Waterloo. We are surprised at this, and trust, after the wide circulation given to this letter throughout England and Scotland, there will be no occasion to bring such reproof against us.

We would, then, once more, ask our fellow - countrymen and countrywomen who have not yet contributed to kindly do so when they read this appeal, and help us save this great, but threatened, God's Acre of Waterloo, where so many of our brave forebears sleep, and of whom we are so proud to speak ! Honour their memory, honour their deeds. They won for Europe more than a peace. Waterloo closed the despotism of an individual - for it was the latter, not the Nation, that we were warring against - and laid the foundation of an entente which, at the present, is one of the Empire's most cherished possessions.
Will not a few public-spirited Englishmen follow the example of the kind anonymous donor above quoted and relieve our anxiety, thus saving the field of Waterloo from being blotted out by buidlings and becoming a suburb of Brussels? Delay in completing the fund may mean a heavy increase in the value of the compensation to be paid to those who possess the building rights.

We shall gratefully acknowledge any sums - nothing is too smaal - if addressed to the Joint Honorary Treasurers here.
Cheques should be made payable to "The Waterloo fund."

We are, Sir,
Your obedient Servants,

Shortly after the First World War, Lieut. Colonel Lord Dudley, commanding officers of the 5th Gordons was stationed in Brussels and he took the chance to visit the monument. After his arrival, he noticed that the stand of the monument had many cracks and needed some imminent repairs. A few days later he marched with the whole battalion to the spot and called the battalion to attention in memory of a great Gordon officer. Because he knew that some of the men where masons, he asked for volunteers to start the repair of the stand. The necessary tools where brought in from England, but on the day the repair should have started, the battalion was suddenly called home. 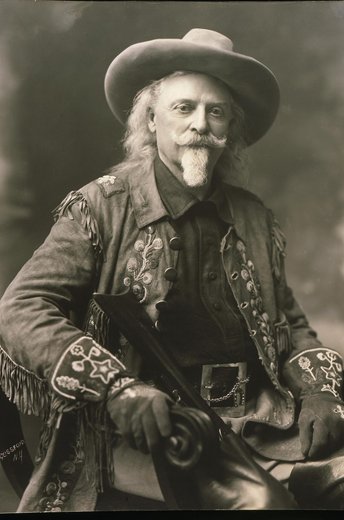 William B. Cody aka Buffalo Bill visited the Monument with 41 of his performers on June 2, 1890