MAJOR A. A. GORDON

AND HIS SERVICE TO THE IMPERIAL RUSSIAN ARMY
IN DECEMBER 1914

Major Gordon was decorated with the Imperial Order of Saint Anne 2nd Class and was given a golden cigarette case on behalf of the Emporer. It was not the first cigarette case he got from a Royal Family, he received another from Prince Ferdinand with the monogram of Jozef II of Austria in 1906, while serving him on his stay in Aspley house.

When Major Gordon arrived at Antwerp during the siege of Antwerp, he was told that Prince Kudachef, the Russian Minister was anxious to see him at the St. Antoine Hotel. When meeting him in the hotel he was explained that some three and four thousand Russian students and graduates had been collected to in hole Europe to travel back to their country for service. The Prince explained to him that no war vessel could come for the embarking of the Russians to Archangel and asked Major Gordon that he could ask the First Lord of the Admiralty (Winston Churchill) for private transport or one of the South Eastern Railway steamers, Major Gordon was used for carrying the Relief Fund. The request was, of course, a difficult one, but Major Gordon once back in London, wrote to the First Lord. To his astonishment, Major Gordon received a telegram at Apsley House, that the request was granted and he could inform one of his chief officials. Several Steamers were dispatched to Zeebrugge who picked up the Russian and transported them over the channel and later on the Thames. Here they were transferred to a large liner who brought them to Archangel, with great relief and satisfaction of the Russian Government.

On 22 September 1914, the article 'The Russians in Belgium - Refugees on the Zeebrugge Pier.' was published in the Hull Daily press. The article starts with a commentary on a previous article by Mr. Geo Lynch in the Westminster Gazette. It states that Mr. Lynch published a very humorous account of the rumoured landing of the Russians in Belgium. The account states:

The Russians were reported to be landing in thousands at Zeebrugge. I wanted to see them. Phantom Russian armies have haunted my dreams for weeks past. I have scoured Belgium in vain to find a live Russian. I am carrying around a small flask of vodka to give the first I meet. We decided to make an early start. A terrible gale was blowing all night and a thunderous surf beating on the shore road for Zeebrugge and the Russians. It was not raining but the wind on our port side-swept gusts of fine sand in our faces. The straight, smooth asphalt road is absolutely perfect and not a vehicle on it. Gee whizz but didn't he make that car move. The telegraph posts alongside the road appeared as teeth in a comb. At length, we reached the bridge of Zeebrugge which a German spy had attempted to blow up at the outbreak of the war and turned towards the immense stone pier. There on one side stood the huge Hotel de Ville and the great new hotel empty. Not a single ship alongside the pier. One solitary man at the shore end of it. "Where were the Russians?" Out at the end of the pier seven hundred of them. At last, we had found them. I felt for my vodka flask; It was ready for the first "Russian soldiers" my friend inquired. to make sure. "mais non, pas un soldat'. They were Russian refugees and he was employed bringing out food to them. They where Russian Labourers and their families who were on their way from the United States to Russia when the war broke out. Their ship had put into Antwerp and apparently was turned out and they are all dumped on the end of the long pier at Zeebrugge, accommodated in a big shed and had ever since been living on the charity of the Belgians.  In the harbourage of the pier buildings were the Russian refugees - the derelicts of war, the labouring men, women and children. straw spread out inside there bedding. Women washing clothes outside. I abandoned the idea of ever finding a Russian soldier and so divided the Vodka amongst the first men I met. It did not require to have a mastery of the Russian language to understand the general import of their volatility as they smacked there lips. ..." 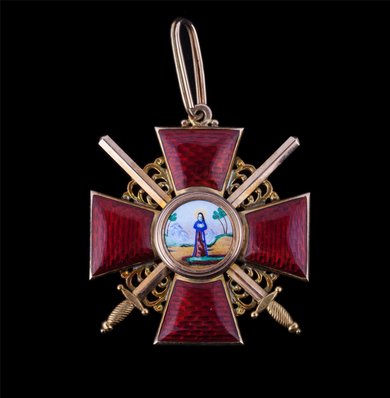