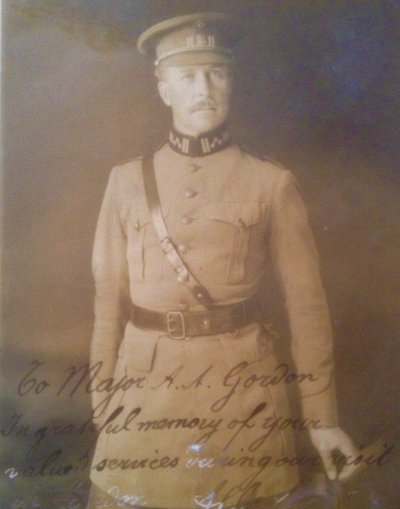 MAJOR GORDON AND KING ALBERT I

Major Gordon was appointed Kings Messenger in 1914 and served King Albert till 1922. Both men became legends in there own way.

After his return to London, from the retreat of Antwerp, A. A. Gordon was asked to serve as Kings Messenger of King Albert I of Belgium on behalf of the Belgian High Otterny office. Gordon accepted with great proud and was sent to La Panne. One of the first orders Major Gordon received from King Albert was, that the King always wanted to know the truce, because he didn't always get it. This promise was kept by Major Gordon hole is life. 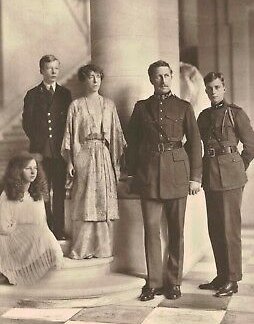 PART OF THE HOUSEHOLD OF

RELATIONSHIPS WITH THE BELGIAN ROYAL FAMILY

Gordon served several familymembers of King Albert I, from escorting prinses Marie-Josée and later Prince Leopold from London till finding a solution for a calamity caused by Prince Charels.

Major Gordon, was the name all the royal family members knew him with. Because of his kindness, precission and honor they trusted him with all sort of tasks and gave him personal presents and certain privileges. 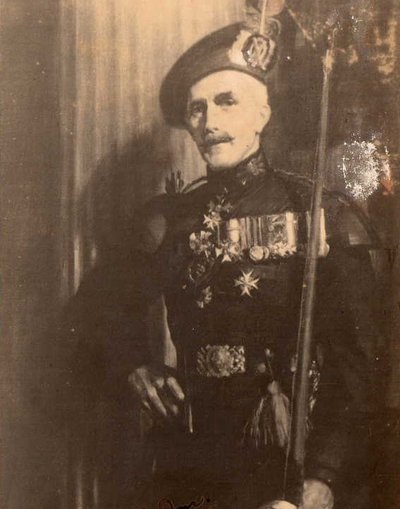 MAJOR GORDON IN THE ROYAL COMPANY OF ARCHERS

MEMBER UNDER THE REIGN OF QUEEN VICTORIA IN 1896.

The Royal Company of Archers is a ceremonial unit that is responsible for the protection of the Monarch in Scotland.

Major Gordon served with the Royal Company of Archers in 1896, under Captain-General William Montagu Douglas Scott, 6th Duke of Buccleuch. One of his close friends in the company was the later Lieutenant-Colonel James Clark, who was killed during the First battle of Ypres in 1915. Major Gordon had commissioned a painting of him in his Royal Company of Archers uniform in 1922.