APPOINTED SECRETARY OF THE 4TH DUKE OF WELLINGTON

W.H.E. GORDON
DIED IN THE BATTLE OF LOOS

PUBLISHING CULLED FROM A DIARY

WHO WAS MAJOR A.A. GORDON ?

The life of Major Archibald Alexander Gordon was full of adventure, esteemed (working)positions, connections with many high ranking British and foreign personages and unfortunately also with great tragedy. He was born a genuine Scotsmen in Bridge of Allan, Stirlingshire in 1867, as the second son of Doctor William Eagleson Gordon and Emily Dick. His elder brother W.E. Gordon V.C., C.B.E, was one of 6 Victoria Cross recipients of his regiment (the Gordon Highlanders), during the Second Boer war. He also had two younger sisters, Emily McKenzie and Helen Isabelle and a younger brother Robert Aaron. After his father's death, the family briefly went to live in Switzerland, but returned later back to Scotland.

After Archibald Alexander Gordon graduated as Chartered Accountant he worked in many administrative positions where he had the opportunity to meet the love his life, Lizzie Maude Smith. The couple married in 1892 and received three children: William (Bill) Hyde Eagleson Gordon, Archibald George Ramsay and Edmund Robert Adam Gordon.  A.G.R. Gordon tragically died a few months after his birth. A. A. Gordon was appointed to Honorary Secretary of the 4th duke of Wellington Arthur Wellesley in 1906 and moved to Farningham, Kent. A position he held for 13 years.

With the outbreak of the First World War in 1914, A.A. Gordon was asked to fund money for the Belgian refugees, because of his earlier involvement of funding the Waterloo monument in Belgium. Gordon personally delivered the funding's to the Belgium government in Antwerp during the early days of the war. Because of the vastness of the German advance, Gordon became stranded in Antwerp and was giving his old rang of Major back by then Colonel and later Major-General Lord (Seely) Mottistone D.S.O. Major Gordon was involved in the establishment of the 9th Royal Scots before the First World War, which resulted in giving him the rank of Captain and was later appointed to Major. He also was incorporated in the Royal Company of Archers, a ceremonial bodyguard company tasked with the protection of the British Monarch during his visit in Scotland. Major Gordon distinguished himself during the siege of Antwerp and the later retreat to Bruges and Ostend, that he later was asked to become a liaison officer to the King of the Belgium Albert I. A position he accepted with great honour. From 1914 till 1922 he was involved with many tasks for the Belgium Royal family, among which: taking part in establishing the Queen's hospital L'ocean at La Panne, visiting the Belgium frontlines, perform duties in England for the Royal family, organizing visits of the Belgium Royal family to England, and many other. He held a lifelong friendship with King Albert and the Belgian Royal Family

During the war Major Gordon lost his elder son in the battle of Loos in 1915 and his younger son Edmund became a victim of ... in the battle of Ypres and became later on severly wounded. Edmund survived the war, got married and the couple received a child Peter. Peter tragically died in his infancy and Edmund was later diagnosed with tuberculosis, because his illness during the war had damaged his lungs, and died in 1932. This made an end to the line of Major Gordon's family. 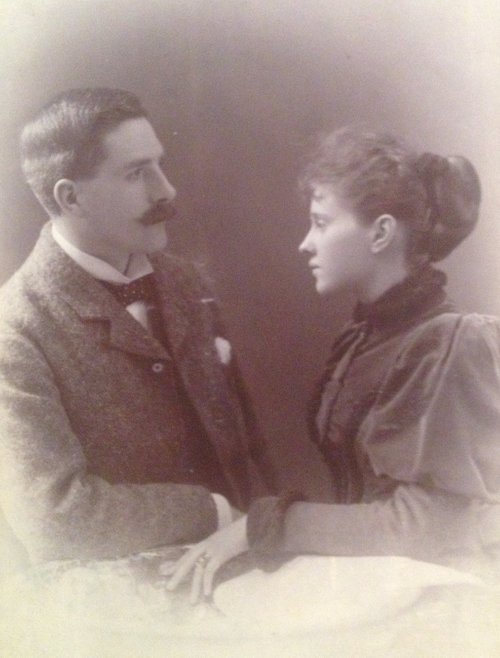 THE ROYAL VILLA'S AT LA PANNE

MAJOR GORDON DURING THE LIBERATION OF BRUGES IN 1918

THE SIEGE AND FALL OF ANTWERP IN OCTOBER 1914

ESTABLISHMENT OF THE 'REINE ELISABETH MEDAL' 1916

A. A. GORDON ON THE SS PARIS DISASTER

THE JOURNEY'S OF A. A. GORDON

Do have more information about an article of project or would you like to work together or simply chat about a project? Don't hesitate to contact us.

The Major A. A. Gordon Society are the custodians of the Kings Messenger collection and therefore has to preserve the important history of Major Gordon; his family and military services as Kings Messenger of King Albert I of Belgium. Because of the vastness of his history, the society is always looking for futher information, pictures, references and anything associated to him and his family.

The Society's website is the primary source for publishing this information on to the world. The task our executives have is to bring the story and history alive to any enthousiast's together with transferring the knowledge and wisdom to futur generations. The Society also commorates the important events in Major Gordon's life by organising certain events.

The Major A. A. Gordon Society is a non-profit organisation, and does not exploit the subject, nor will it glorify the politics and horror's of war. All memberships are free, which can be achieved by a form registery on our website. A membership will not be declined on the base of a persons political oppinion, race or other discriminations.

The collection of personal and related items to Major Gordon is one of the great treasures in Belgian World War one history. A small fraction of the objects where first discovered on an auction site in England. After the first purchase, it was discovered that a distant family member of Major Gordon, was trying to sell some of the items. Further communication was established and after many further searchings and communications, the collection was partialy bought and donated to our president, who established the Kings Messenger collection.

One of our president's request was to remain the connection between Major Gordon and King Albert I of Belgium, and so the name Kings Messenger collection was approved. Oher inquiries where made by other sources, such as copies of Major Gordon's book 'Culled from a Diary', items related to the service of Major Gordon sons and many other objects that contributed to the story of Major Gordon. The hole collection must always be shown together on it's own, so it will be given an upmost quality, so that the enthousiast will experience the same emotion and history from it as Major Gordon did.

The society is always interested in the following items;

Any editions of the book 'Culled from a Diary', premiums will be added to signed,

dedicated or other unusual copies.

Any editions of the book 'Church of the Multiplying of the Loaves and Fishes at Tabgha, Lake of Galilee, and its Mosaics'- By Alfons M. Schneider, edited by A. A. Gordon (1937).

9th Royal Scots and the Royal Company of Archers.

And ofcourse, anything directly or indirectly related to Major Gordon and his family.