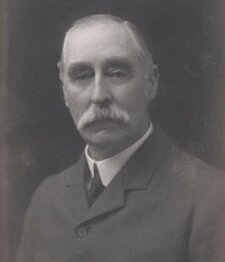 A. A. Gordon was informed in a letter from Sir Donald Mckenzie Wallace in autumn of 1905, that the 4th Duke of Wellington was looking for a private secretary, and had asked Wallace if he could recommend someone. Wallace then asked Gordon if he would be interested in this offer. Gordon was pleased to take the opportunity for this and was asked to stay a few days with the Duke's family at Ewhurst Park, near Basingstoke. After his stay with the family, he was engaged as private secretary and had to take his duties early in February 1906 at Aspley House in London.

Because of his new job, Gordon and his wife and family had to move closer to London. After many weeks of searching a new home, the family settled down in the village of Farningham, Kent. This location provided a one-hour rail journey to Gordon's new workplace at Aspley House.

Gordon was mostly involved with the duties at Aspley House and Ewhurst park. He lunched with the family over the day and had the fortune to meet with many interesting people during the years. One of his duties consisted of showing the museum in the beautiful Waterloo Gallery and the various drawing-rooms to distinguished guests as former Queen of Holland and prince Ruprecht of Bavaria and his wife, who was the elder sister of the Queen Mother of Belgium. On one occasion, Gordon was met with the Princess of Wales, later Queen Mary, Prince Edward (later the Duke of Windsor) and  Princess Mary (the later Princess Royal), Gordon was asked by the Duchess of Wellington to take the visitors to the strong-room, to show the extraordinary quantity of table silver.

The funeral procession of His Majesty King Edward VII in 1910, had brought so many foreign Royalties to London, that many large mansion houses were loaned to King George V, for the accommodation of the guest. Aspley House was not even exception in this and His Royal Imperial Highness the Archduke Franz Ferdinand of Austria was allotted to stay here. On the night of his arrival, The Archduke was invited to dine at Buckingham Palace and Gordon went to see Prince Charles Kinsky (a member of the suite of the Archduke) inform what the Archduke would like to lay out in his sitting-room on his return from the palace. The replay was "Whiskey  and soda and nothing else." On his return to Aspley house, the Archduke asked surprisingly for Champagne instead of the Whiskey and soda that was yet provided. Gordon then had to take his master key to go to the wine cellar, and without consulting the wine book, he took a couple of bottles "Pommery and greno". Gordon left the bottles in the sitting-room of the Archduke and assumed the suit would manage the uncorking of the bottles, which was successful because both bottles were empty the next morning. The Archduke presented Gordon a jewelled cigarette case on behalf of his uncle, Emperor Franz-Joseph, for his attentions. Gordon then asked his Master if he could send a dozen of rose flowers, the Archduke really loved during his stay at Aspley House. Gordon sent the flowers to the Archduke principal home in Austria and received a letter telling how much he had for the gift.

Arthur Wellesley was born on the 15t of March 1849, as the second son of Major General Lord Charles Wellesley and Augusta Sophia Anne Pierrepont, being a descendent of the 1st Duke of Wellington, who was one of the famous British officers, who won the battle of Waterloo in 1815. From 1861 till 1866, Wellesley was educated at Eton. After his graduation, he joined the military and became an officer in the Grenadier Guards, in the Household Division. He was given the rank of Ensign in the regiment and Lieutenant in the British Army in 1868. Three years later he received the rank of Lieutenant in the regiment and Captain in the British Army.

In his hole career in the Household Division, Wellesly saw no combat action, because of his tasks and duties were more ceremonial in his division. Arthur Wellesley will receive the rank of Colonel in the British army later one.

On 8 June 1900, his brother Henry died, with no progeny, so Wellesley succeeded all of his brother's titles: Duke of Wellington, Prince of Waterloo, Duke of Ciudad Rodrigo, and Duke of Victoria. He also inherited the London town-house, Apsley House, and the sprawling family estates of Stratfield Saye House, with over 19,000 acres (7,700 ha) of land that was granted to the first duke by parliamentary purchase for military services.

His wife died on the 24th of June 1927 at Apsley House and was buried at Stratfield Saye. Wellesly died on 18th June 1934 at Ewhurst Park, Basingstoke, Hampshire at the age of eighty-five.

At the end of the First World War, Major Gordon was asked to look for the grave of Arthur Wellesley third son, Richard. Richard had died during the first battle of Ypres, when he served with the 1st battalion of the Grenadier Guards.

Lord Richard Wellesley was born on 30th September 1879, and joined the British army in ... He served in the Second Boer War and later married Louise Fitzgerald on the 30th April 1908. Together they had two daughters.

Captain Wellesley was killed near the village of Gheluvelt on the 29th October 1914. 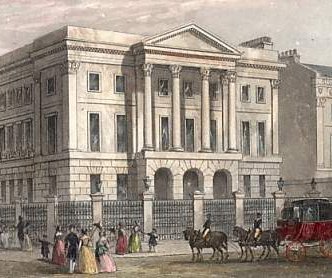 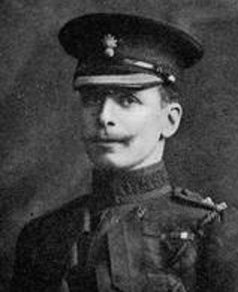 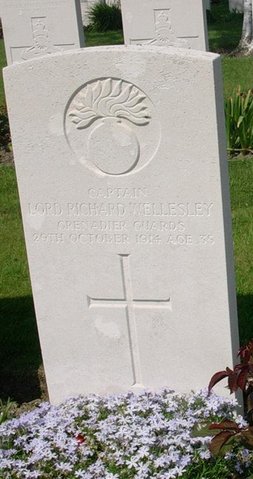