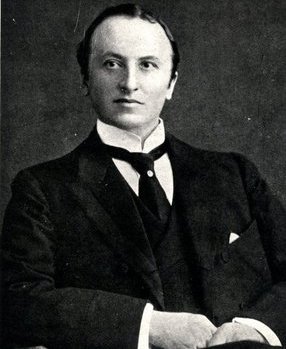 Major A. A. Gordon and Lord Curzon had a very strong relationship during the First World War.

THE GIFT FROM KING ALBERT I TO KING GEORGE V

When King Albert I of Belgium, arrived at Folkestone for the jubilee of George V in 1918, the gift for the British Royal Family was left behind, and King Albert desperately asked Major Gordon - in his nightwear, during the night - of there is anything that could be done. Major Gordon, informed that a proper gift could not be bought in a small town as Folkestone, but would try contact Lord Curzon, who was in London at the time, so he could buy a proper gift. The problem was that Lord Curzon was a long sleeper, and it was about 6 a.m. in the morning, so Major Gordon nervously rang him up in his home in London. Lord Curzon answered the phone, and Major Gordon informed him of the situation. Curzon told Major Gordon, that he would get up at once and go to New Bond Street to buy a proper gift. The briefly discussed the amount that had to be spent, and then the question was made, how the gift could be unseen delivered to King Albert's attaché. Major Gordon said that he knew the Chief Police Inspector in Buckingham Palace and that the present could be given to him, with the message that the present only may be given to Major Gordon himself. On the day of the jubilee, Major Gordon was very nervous, because of this previous event and was pleased to see his friend, the Police Inspector, at the front gate of Buckingham Palace, when he drove in. The gift was quickly and efficiently given to Major Gordon and was then stored away in the back of the car. Unknowing to what it was, because it was already wrapped, King Albert gave it to King George V just on his arrival at Square of Buckingham Palace.

George Curzon was born on the 11th of January 1859 as the first son of Alfred and Blanch Curzon. The family had a total of eleven children. His mother died after the last childbirth, when Curzon was 16 year old. Curzon was taken into to care with his brutal and sadistic governess, Ellen Mary Paraman.

Curzon was educated at Wixenford School, Eton College and Balliol College, Oxford. A spinal injury, incurred, during his adolescence, whist riding, left Curzon in lifelong pain, which often caused insomnia, and required him to wear a metal corset for the duration of his life.

In 1885, he became Assistant Private Secretary to Salisbury, and in 1886 entered Parliament as Member for Southport in south-west Lancashire. He also started to travel to Russia, Asia, Persia, Siam, Korea, Afghanistan and the Pamir Mountains. This made him the most travelled person in the British parliament that time.

He married with the American Mary Victoria Leiter, who was the daughter of the Chicago millionaire

Levi Ziegler Leiter. Mary became very ill in 1904 of wich she never fully recovered and in July 1906 she fell ill again and died in her husbands arms on the 18th of July 1906. It was the greatest personal loss in Lord Curzon's life. The couple had together three daughters, Mary Irene, Cynthia and Alexandre Naldera.