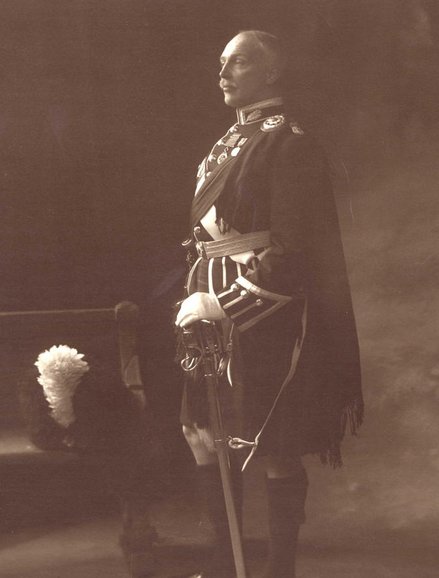 Luitenant Colonel James Clark was a good friend of Major A. A. Gordon. They both established the 9th Royal Scots and were both incorporated into the Royal Company of Archers.

Major Gordon visited his grave for the first time when he was on his way to see his son's at the front in May 1915. When he drove near Ypres he stopped and visited the grave of his good friend, before heading off to his son's headquarters.

James Clark was born 2nd January 1859 in Pollockshields, Renfrewshire, being the son of James and Jane (Smith) Clark.  James studied at Lycée in Pau, France and then at the Grammar School in Paisley.

In 1876 James studied at the University of Glasgow for an MA and graduated in 1881.

James was married to Norah Kathleen of Ravelston, Blackhall.

James was involved in the Royal Company of Archers and was present for the creation of the 9th Royal Scots Battalion and became a Colonel in it from 1904 till 1912. At the beginning of the First World War, he went to France, commanding the 9th Argyll And Sutherland Highlanders. He was killed in action at Hooge, near Ypres on 10th May 1915, aged 56.

As a prominent member of the community Lieutenant Colonel James Clark is remembered on several memorials. He is buried in the Brandhoek Military Cemetery, Belgium and is on the Rolls of Honour for both the University of Glasgow and the University of Edinburgh. His former school, Paisley Grammar, remembers him and he can also be found on the memorial at the Faculty of Advocates. Perhaps the most striking memorial to his life is that the Edinburgh School Board named a school in his honour. 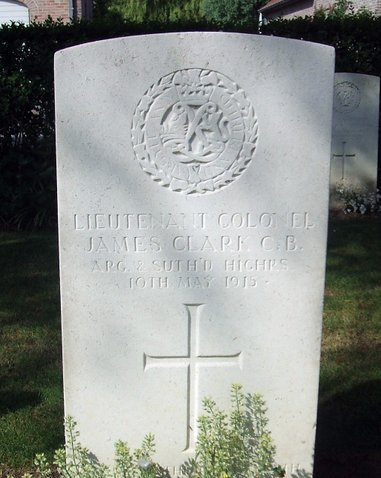