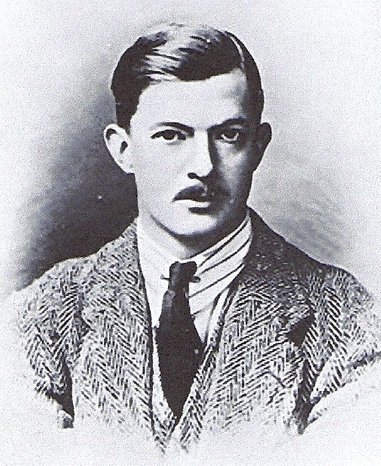 Major Gordon describes in his book 'Culled from a diary' an experience he had with a gallant flying officer who crash-landed in La Panne and was severally wounded in the leg and brought to the hospital.

The officer had served in the Argyl and Sutherland Higlanders before joining the Royal Flying Corps. Major Gordon was informed that the officer had done an extraordinary brave deed over Bruges and was asked to visit him and he did so many times. His condition was bad, and he was getting worse every time Major Gordon visited him. His mother came from England to be with him. The last time Major Gordon saw him he knew that his time was running out but asked him if there was anything he wished to have or could if he could do anything for him in England, because he was leaving next day to London. The officer replied he would like two dozen baby bottles of Perrier water. Major Gordon said he would dispatch them as soon he arrived in London. They were delivered two days after, but too late. The poor officer had succumbed to his wounds but just before his passing, he received a telegram informing him that he had been awarded the Victoria Cross.

His V.C. citation reads:
For most conspicuous bravery and devotion to duty on 31st July, 1915. When on a flying reconnaissance over Ostend-Bruges-Ghent he was severely wounded (his right thigh being broken), which caused momentary unconsciousness, but by a great effort he recovered partial control after his machine had dropped nearly 3,000 feet, and notwithstanding his collapsed state succeeded, although continually fired at, in completing his course, and brought the aeroplane into our lines— half an hour after he had been wounded. The difficulties experienced by this Officer in saving his machine, and the life of his observer, cannot be readily expressed, but as the control wheel and throttle control were smashed, and also one of the undercarriage struts, it would seem incredible that he could have accomplished his task.

Captain John Aidan Liddell was born on the 3rd Augustus 1888 and was educated in Zoology at Stoneyhurst College, Oxford.

On the outbreak of the War, he joined the army voluntarily at the age of 26. As a Captain in the 3rd Battalion, The Argyll and Sutherland Highlanders (Princess Louise's), he received the Military Cross after serving 43 days in the trenches, commanding a Machine Gun Section, at Le Maisnil, France. He then trained to become a pilot in the Royal Flying Corps, where he joined the No. 7 Squadron.

After his V.C. action above Bruges, his leg was amputated but septic poisoning setting in. This resulted in his death on the 31st August 1915. His sister, Dorothy Liddell, served after her brother's death in the hospital of L'ocean till the end of the war, for which she received an M.B.E. She was buried at the same cemetery of her brother at The Holy Ghost Cemetery in Basingstoke. 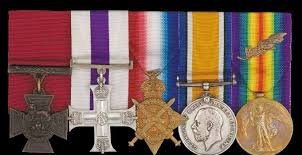 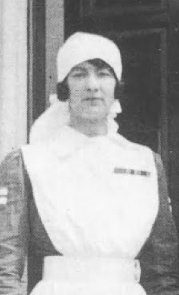