PERSONAL GIFTS FROM THE BELGIAN ROYAL FAMILY OF ALBERT I 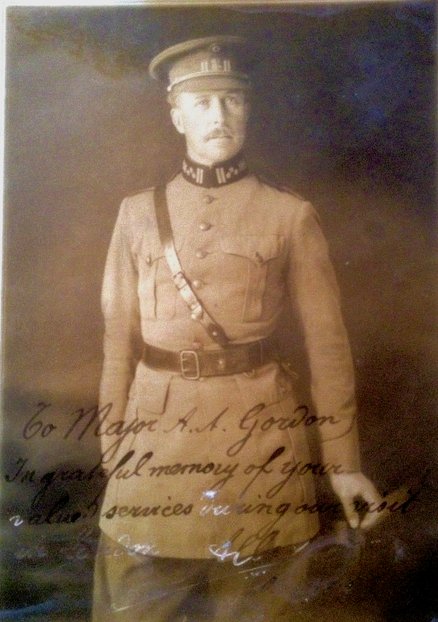 KING ALBERT I OF BELGIUM SIGNED AND DATED PORTRAIT PHOTOGRAPH PRESENTED TO MAJOR A. A. GORDON

This original signed photograph was given to Major Gordon during the Belgian Royal visit in 1921. The photo is also mentioned as follows in Major Gordon's book Culled from a Diary:

The picture is the most praised item in the Kings Messenger collection because it was the first item we ever managed to acquire from the personal collection of Major Gordon and was the main item that started the research of his history. The picture is also the only item Major Gordon describes in his book which is in our possession. The whole foundation of the Major Gordon society is built around this picture and the possibility it gave to honour both Major Gordon and King Albert I in such a way.

In 2019 the picture was framed (because the original frame is lost in history) in a customized sterling silver frame to preserve it for future generations. The same frame was chosen to use later on to frame the important series of military badges related to Major Gordon and his family. 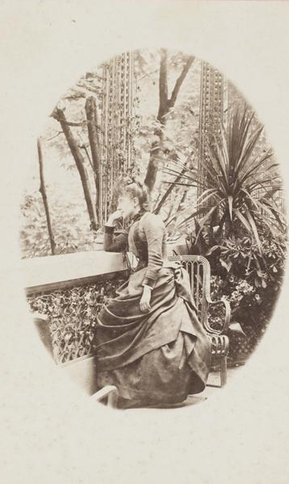 The spoon was sent to Major Gordon on the 22th September 1915 from Paris, by the Comtesse Ghislaine De Caraman Chimay, who was best friends with Queen Elisabeth of Belgium. The gift was probably given after Ghislaine and Queen Elisabeth had met Gordon's wife in England previous that year. The following note came with the spoon: "Dear Mr. Gordon, Please accept this little Parisian Souvenir with my best remembrances." 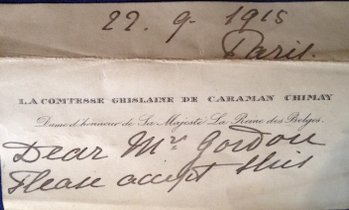 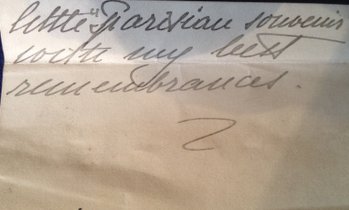