The certificate that appointed A. A. Gordon to the rank of Captain under Queen Victoria's reign but signed by crown prince (the Prince of Wales) Edward VII. Queen Victoria died in January 1901 in the arms of her grandson, later the German Emporer Wilhelm II of Germany.

The certificate was signed by Edward VII and St. John Brodick (Former Secretary of State) and later 1st Earl of Midleton. Major Gordon was commissioned on August 6, 1900, while his certificate is dated August 17, 1900. Major Gordon is given the title of Esquire to his name as he was serving as a Justice of the Peace during the time. In the upper left corner, the royal seal is attached. 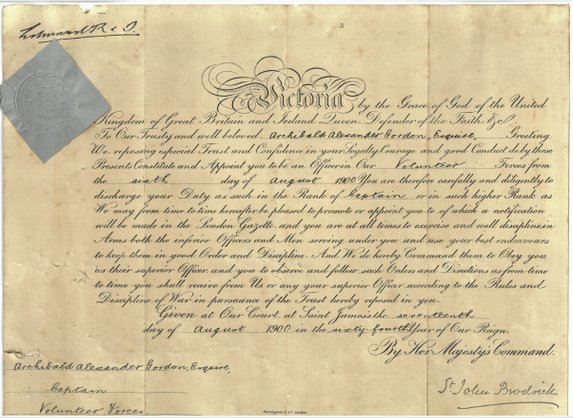 A very rare officer 9th Volunteer Highlanders Royal Scots shoulder title as worn by officers of the battalion from 1900 until 1908 when the battalion became transferred to the territorial force.

Major Gordon was one of the founders of the battalion and was appointed Captain on 6 August 1900 and was the first commander of A-company. In  May 1905 he was appointed Major and became Brigade-Major a month later. He served the battalion until 1906 when he was appointed Secretary of the Duke of Wellington, Arthur Wellesley. However, he will reunite with them overseas during the First World War where he one day run into the co-founder Honorary Major and Quartermaster Andrew Gordon.

There is no doubt that Major Gordon had a pair of similar shoulder titles on his uniform while serving the battalion. The title was bought from an esteemed badge collector and dealer. 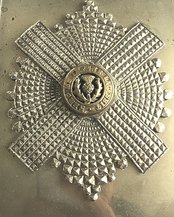 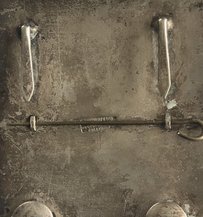 The medals are all silver marked and bear the officers badge on the front. The medal is unnamed and has a plain backside. The date stempel shows the year 1908. 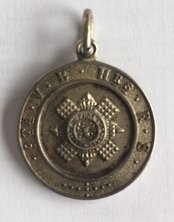 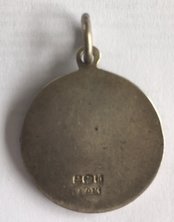 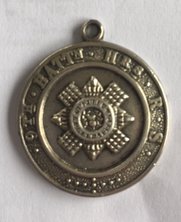 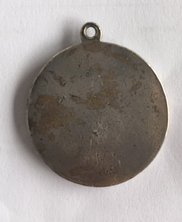 INSIGNIA OF THE ROYAL COMPANY OF ARCHERS

The Royal Company of Archer's sash badge was placed on the lower end of the sash which all members whore. The badge, having a ceremonial purpose is made in the style of a British order and has a small resemblance with the order of the thistle the badge is placed on a Saltire and a star. In the middle, we find a thistle with the motto Nemo me Impune Lacessit in a green enameled circle which contains threated circles. On the star, the words Kings Body Guard of Scotland are placed with a crown on the top. Today the company is renamed the Queen's bodyguard of Scotland. The badge holds a structural backplate on the back.

The sash badge is not from Major Gordon's personal collection and was bought by the society as a genuine replacement from the era he served the regiment.

The Royal Company of Archer's cap badge consists of an oval belt where a Saltire (or st. Andrews cross is placed upon with in the middle the royal crown crossed with two arrows. On the bottom of the belt, a medallion is placed with the Scottish thistle surrounded by the slogan Nemo me Impune Lacessit, which was the Latin motto of the Royal Stuart dynasty of Scotland from the reign of James VI. On the belt, the name of the company is placed in a round circle: "Royal Compy of Archers.

The badge is not from Major Gordon's personal collection and was bought by the society as a genuine replacement.

The Victorian cross belt plate of the Royal Company of Archers holds the motto "in Peace and War". The motto is placed on a Scottish belt. The badge has the Queen's crown of Queen Victoria on the top and has two crossed arrows with a ribbon in the middle. On the back, the badge is attached with three loops onto the cross belt.

The cross belt comes not from the personal collection of Major Gordon but was bought by the society as a genuine and exact example that Major Gordon got during his service in the Company. 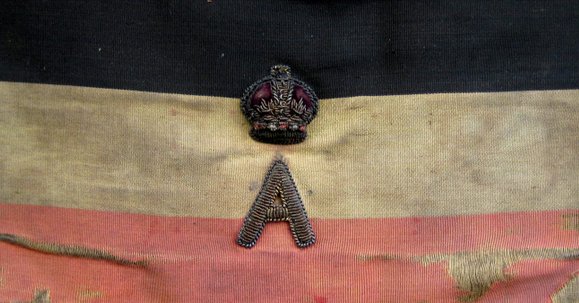 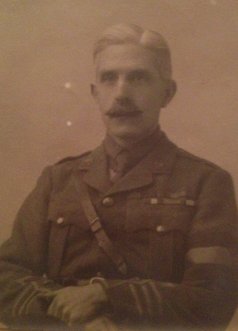 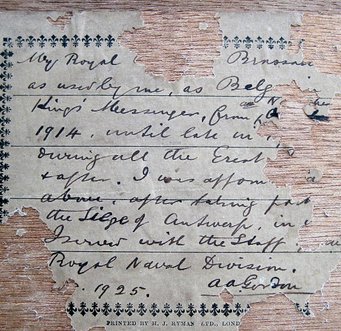 This royal brassard of Major Gordon is the one we identified as the one he was wearing during his involvement in the Siege of Antwerp in October 1914. During the early days of the war, Major Gordon organized the Belgian Relief Fund and was later his former rank of Major back to serve as Colonel Jack Seely's Ordinarily Officer.

Major Gordon was later personally awarded twice by King Albert I for his involvement in evacuating the hospitals and the men of the Royal Naval Division. First, he received the Belgian Civic Cross and later the Croix de Guerre (Belgium) after King Albert read his report of the siege and retreat.

The Brassard holds the royal cipher with a gold treat in the middle and on the Belgian state flag.

This royal brassard of Major Gordon is the one we identified as the one he is wearing in his portrait picture of 1916. During this time Major Gordon was acting as Kings Messenger and involved in the establishment of the hospital L'ocean at La Panne, escorting the Belgian princes and princess from England to Belgium and back as well as countless important people to the front. For example Mrs Margot Asquith, Lord Curzon, The princess de Bourbon-Parma, Eugéne Ysaÿe and his band.

The picture of Major Gordon wearing his Royal Brassard (see below) shows him in his cuff rank uniform together with his ribbons among with the Member of the Victorian Order and the Chevalier in the Legion d'Honneur. The royal brassard is seen on his left arm. It is believed that it is this brassard wich King Albert mentioned in his visit to the castle of Edinburgh and said: "Major Gordon, you are the blame for this! Your brassard has given me away!"

This royal brassard is considered Major Gordon's formal and dress own and possibly made after the armistice as it has a very distinct quality which during the war was not possible to acquire.

The brassard is a more narrow design and has a similar design to those we see in pictures during the armistice and celebrations afterward. For this, it is believed he has worn it on the occasion of guiding Admiral Beatty and later Queen Mary during their trips to Belgium. It was also probably used during the visit of the Silver Jubilee (918) in which Major Gordon had a great attribution in getting a suitable present for the British Royal Family.

Major Gordon's brassards were found in an old frame which held a label on the back with the following inscription:

THE PERSONAL ITEMS are items that belonged or were created by Major A. A. Gordon during his lifetime. These artifacts have a very emotional and personal appearance in the Kings Messenger Collection.