MEDALS RELATED TO MAJOR A. A.  GORDON 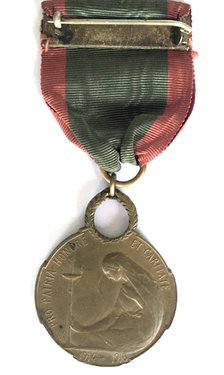 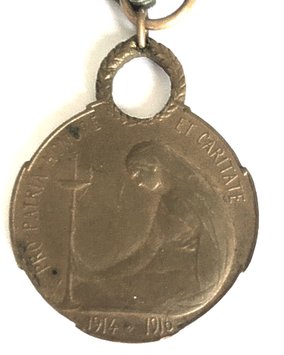 Because almost all nurses in the Hospital L'ocean at La Panne where British nurses, who were enlisted in the V.A.D.,Queen Elisabeth hoped that their services would be recognised in due course. After the matter was suggested and supported in the British General Headquarters, it was turned down by the British government. Queen Elisabeth than took measures in her own hands, and established a Belgian award.

Major Gordon was asked by the Queen to get in touch with the Belgian sculptor Victor Rousseau when he was next in London. In February 1916, Victor Rousseau came to Major Gordon's house, and after he received the Queen's directions, made several sketches for the new medal. These sketches had to be altered twice before the final design was approved by the Queen. Major Gordon was then tasked for the choice of various ribbands. He bought some colours in London, that he thought would please the Queen and she finally went with a dove-coloured grey ribbon with a cerise edge on both sides.

The 'Reine Elisabeth' medal was instituted on the 15th September 1915 and finalized on 14th May 1919. The awardee had to distinguish himself in aiding Belgian civilians or military personal during the war, particularly in helping the sick and wounded for a period of at least one year previous to 10th September 1919. The front of the medal has Queen Elisabeth head in profile with the text "ELISABETH REINE DES BELGES" all around. The back of the medal shows a sitting female holding an oil torches. Beneath the dates 1914-1916 or 1914-1918 are please beneath together the Latin text "PRO PATRIA HONORE ET CARITATE" all around. 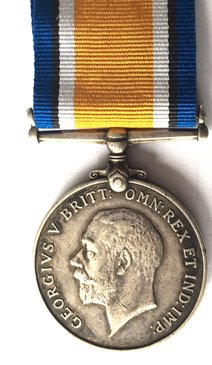 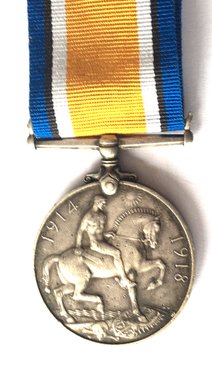 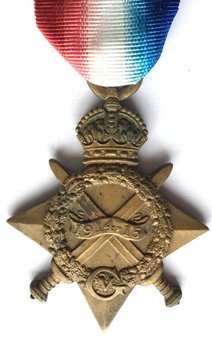 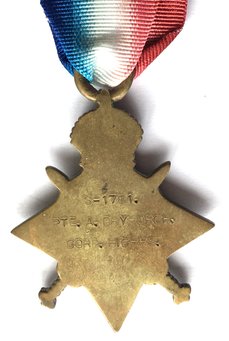 Private John Wood enlisted with 8th (Service) Battalion of the Gordon Highlanders. The battalion was formed at Aberdeen in August 1914 as part of K1 and came under orders of 26th Brigade in 9th (Scottish) Division. Private Wood most likely got his training at Aldershot, where the battalion was stationed and went from there to Bordon in February 1915. He landed with the battalion at Boulogne (Fr) on 10th of May 1915.

On the morning of 13 November 1916, before going over the top to attack the German positions, an eighteen year old British soldier wrote his will in his pay book. Private John Wood was born into a fishing family, in Portlethen, Kincardineshire, but at the outbreak of war it was the army that he joined, along with many other men of this coastal community. Wood and about 60 other ranks of the 1/5th Battalion were lost that day, alongside 6 officers.

Private A. Dryburch disembarked with the 8th (Service) Battalion Gordon Highlanders on the 10th of May 1915 in France. He served with the regiment till 3 April 1919. He is possibly the brother of Serjeant J. Dryburch who was with the same regiment and battalion killed in action on 30 May 1916, both men's serial number is sequential. Serjeant J. Dryburch is buried at Vermelles Military Cemetery and was the son of Alexander and Elizabeth Dryburgh 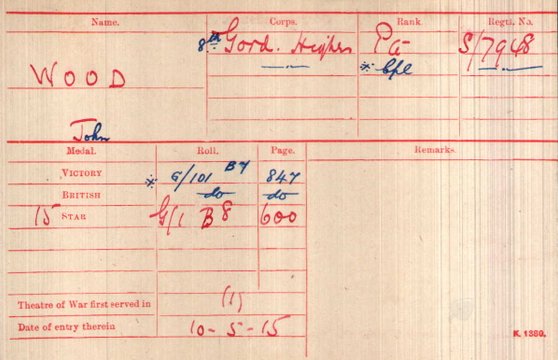 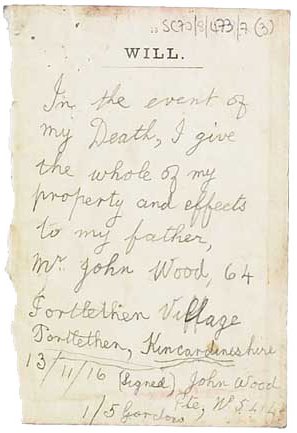 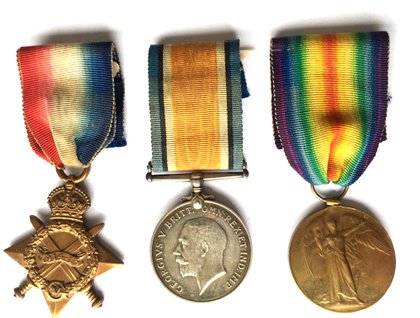 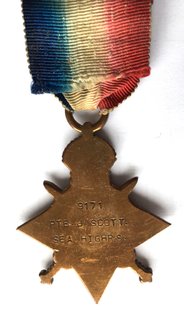 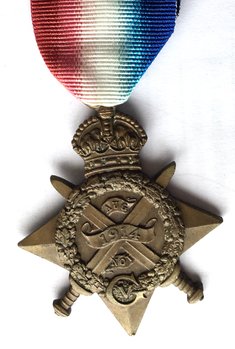 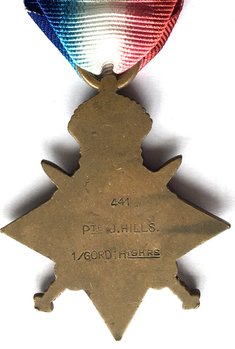 Private John Hills enlisted with the 1st Battalion of the Gordon Highlanders on the outbreak of the war under the command of Lt. Col. Neish and second in command Bt. Col W.E. Gordon. He landed on 13 august 1914 in France and suffered the same faith as 500 of his comrades during the battle at Le Cateau where he became a prisoner of war.

John Hills was born on 9 May 1892 as the first son and second child of Charles Hills and Susan Dick. He had two older and two younger sisters. His older sister Susan was born in Ireland, while the rest of the family was born in Edinburgh. John received in 1897 his younger brother Robert and two years later his second brother. He studied at Latchmere School in Edinburgh and admission on 10 January 1898.

John got enlisted in the Gordon Highlanders and was incorporated in C Company when the battalion left for France. From 19 December 1914 till 26 February 1916 he was registered as a prisoner at Sennelager in Münster on the outskirts of Paderborn.

On 3 January 1917, John was registered as a prisoner at Königsbrück in Dresden. It is believed that Private Hills survived the war and returned to England. 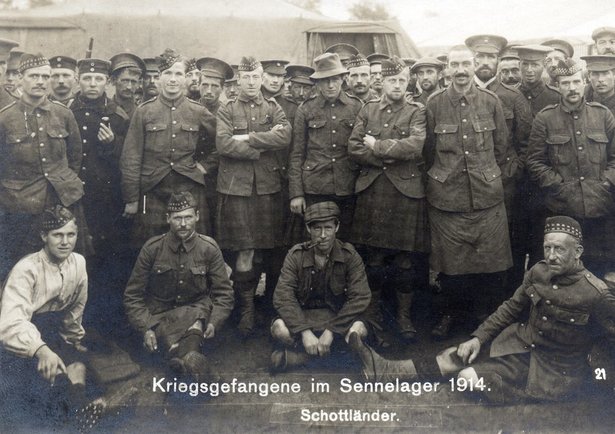