GIFTS OF THE BELGIAN ROYAL HOUSEHOLD 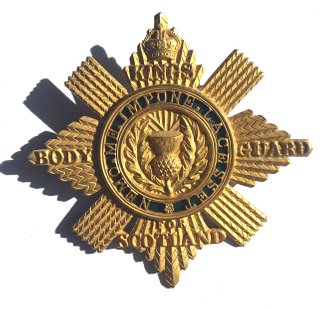 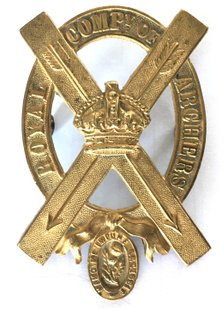 INSIGNIA OF THE ROYAL COMPANY OF ARCHERS

The original insignia of the Royal Company of Archers is one of the difficult to find in modern Scottish militaria. The insignia holds the motto Nemo Me Impune Lacesset the same as the one is placed on the Order of the Thistle. The acquisition was made in honour of Major A. A. Gordon who was a member of the regiment in 1896. In 1922 Major Gordon had taken a photograph of him in his Royal Company of Archers uniform where we can see he wore the same insignia. 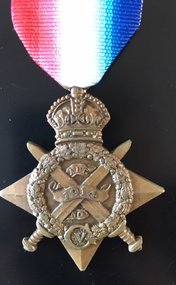 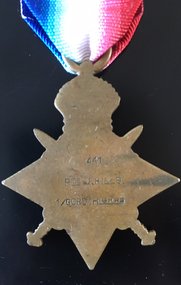 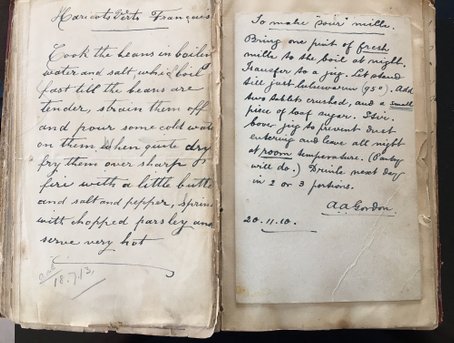 John Hills grew up with 4 sisters and 2 brothers in Edinburgh. He enlisted in the 1st Gordon Highlanders on the outbreak of the First World War and arrived in France on 13 August 1914 where he was incorporated into C-Company. His commanding officers where Colonel F. H. Neish and William E. Gordon. Hills was one of about 500 men who surrendered at Le Cateau and was interned in Sennelager from 1914 till 1917, when he was transferred to Köningsbrück. Fortunately he survived the war and returned to Scotland.

SIGNED PICTURE OF KING ALBERT OF BELGIUM TO MAJOR A. A. GORDON - 1921

ORIGINAL COPY CULLED FROM A DIARY WITH DUSTJACKET.