In 1890 Archibald booked his passage back home from New York to England, after he explored the shores of Jamaica in a fruit steamer. In New York he boarded the transatlantic liner SS 'City of Paris', which served under the Inman line and later the INC (International Navigation Company). The ship was built in 1888 and held the speed record for the North Atlantic crossing from 1889 till 1893.

On the 25th of March 1890, when Archibald was on board, at about eleven a clock disaster stroke. The starboard propeller shaft broke, causing the starboard engine to race and then disintegrate. Fragments pierced the hull and the bulkhead causing both engine rooms to flood. Fortunately, the ship's extensive subdivision proved successful and she was not in danger of sinking but the SS 'City of Paris' was now a helpless log floating on the ocean. Normally this would not be a major problem, because the transatlantic line was a busy route with many ship's passing that could come to its aid. The actual problem was that the steamer was drifting away southwards away from the transatlantic line, so no passing ships would spot them.  Late in the afternoon, the officers of the steamer decided to put the Second Captain and a crew into a whaleboat to regain the line of traffic, so assistance can be sought. A daring and dangerous mission but the last chance. Archibald and the other passengers remained on the SS 'City of Paris' for two days and two nights. On the third morning, white smoke appeared on the horizon. The hopes and joy on the deck were overwhelming when a steamer appeared on the horizon coming full speed towards the SS 'City of Paris'. The Second Captain and his crew had succeeded in their mission, meeting up with the steamer 'Adriatic', who was now coming to the rescue. The SS 'City of Paris' was towed on to Queenstown.

On April 1st, 1890, an article was published in The Scotsman newspaper about the incident. The article gives an account of Gordon's diary. On 4 April, a letter was published by Gordon, stating that there were no intentions of publishing any of his diaries entries. 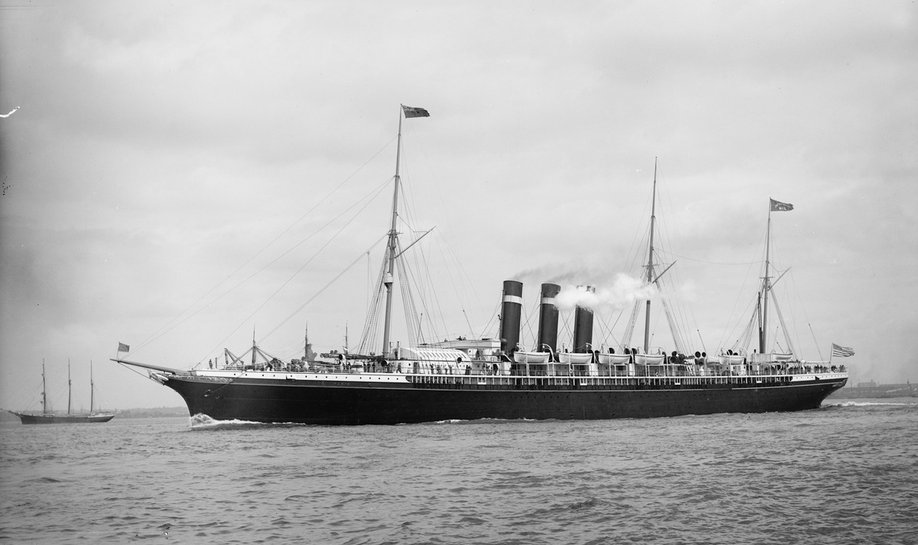